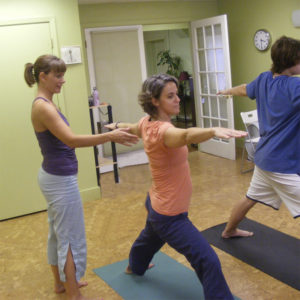 “for many patients dealing with depression, anxiety, or stress, yoga may be a very appealing way to better manage symptoms. Indeed, the scientific study of yoga demonstrates that mental and physical health are not just closely allied, but are essentially equivalent. The evidence is growing that yoga practice is a relatively low-risk, high-yield approach to improving overall health.” – Harvard Health

Clinically diagnosed depression is the most common mental illness, affecting over 6% of the population. Major depression can be quite debilitating. It is also generally episodic, coming and going. Some people only have a single episode but most have multiple reoccurrences of depression.  Depression can be difficult to treat. It is usually treated with anti-depressive medication. But, of patients treated initially with drugs only about a third attained remission of the depression. After repeated and varied treatments including drugs, therapy, exercise etc. only about two thirds of patients attained remission. But, drugs often have troubling side effects and can lose effectiveness over time. In addition, many patients who achieve remission have relapses and recurrences of the depression. Even after remission some symptoms of depression may still be present (residual symptoms).

Being depressed and not responding to treatment or relapsing is a terribly difficult situation. The patients are suffering and nothing appears to work to relieve their intense depression. Suicide becomes a real possibility. So, it is imperative that other treatments be identified that can relieve the suffering. Mindfulness training is an alternative treatment for depression. It has been shown to be an effective treatment for depression and its recurrence and even in the cases where drugs fail.  Another effective alternative treatment is exercise. But it is difficult to get depressed people, who lack energy, to engage in regular exercise. Yoga is a contemplative practice that is both a mindfulness practice and an exercise. It has been shown to be effective in the treatment of depression and even yogic breathing alone has been found to be effective. So, the combination of yoga practice with breathing exercises should be particularly effective.

In today’s Research News article “The Efficacy of Yoga as a Form of Treatment for Depression.” (See summary below or view the full text of the study at: https://www.ncbi.nlm.nih.gov/pmc/articles/PMC5871291/ ), Bridges and colleagues review and summarize the 23 published research studies investigating the effectiveness of yoga practice for the relief of depression in adults. They found that yoga practice was effective in reducing depression in a wide variety of patients with a diagnosis of depression, including pregnant women, patients with lower back pain, cancer patients, patients with atrial fibrillation, persons with poststroke hemiparesis, and addicts.

Hence, there is accumulating a relatively large volume of scientific evidence that practicing yoga is an effective treatment for depression in a wide variety of cases. Yoga is a complex practice that can include postures, breathing practices, meditation, and chanting. The review does not suggest what components or combination of components are necessary and sufficient to reduce depression. Future research should be directed at isolating the effective components.

So, improve depression with yoga.

“Evidence keeps stacking up that yoga is a boon for both physical and mental health conditions. Now, a small new study from Boston University finds that taking yoga classes twice a week may help ease depression, thanks in part to deep breathing.” – Amanda McMillan

The purpose of this article was to systematically review yoga interventions aimed at improving depressive symptoms. A total of 23 interventions published between 2011 and May 2016 were evaluated in this review. Three study designs were used: randomized control trials, quasi-experimental, and pretest/posttest, with majority being randomized control trials. Most of the studies were in the United States. Various yoga schools were used, with the most common being Hatha yoga. The number of participants participating in the studies ranged from 14 to 136, implying that most studies had a small sample. The duration of the intervention period varied greatly, with the majority being 6 weeks or longer. Limitations of the interventions involved the small sample sizes used by the majority of the studies, most studies examining the short-term effect of yoga for depression, and the nonutilization of behavioral theories. Despite the limitations, it can be concluded that the yoga interventions were effective in reducing depression.