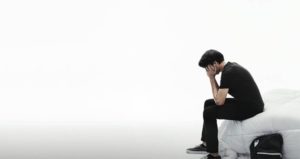 “Stigma is considered a mark of disgrace, discredit, and judgment that results in discrimination and exclusion. For people struggling with mental or emotional disturbances, the experience of stigmatization can easily become internalized and result in a profound sense of shame, secrecy, and social isolation. When someone is already experiencing significant internal conflicts, interpersonal difficulties, or severe mental illness, stigmatization by others only serves to intensify suffering. Imagine the potential difference that you can make in the lives of those who are struggling with mental health issues through increasing your own awareness, adopting a mindfully nonjudgmental attitude, and expressing compassion.” – Laura Schenck

Stigma is a view that a distinguishing characteristic makes the individual less acceptable to others. This can lead to discrimination where stigmatized people are treated negatively either directly with ugly remarks such as “crazy” or “weird” or indirectly by being avoided or marginalized by others. This can produce fewer work opportunities, harassment, bullying, problems with insurance, and loneliness. The social isolation can even lead to early mortality. Stigma can lead to low self-esteem and self-stigmatization in which the individual adopts that negative stereotypes and as a result there is a loss of self-efficacy This leads to the individual ceasing trying to make things better, thinking “why try?”

Mindfulness promotes non-judgmental awareness in which the individual perceives things just as they are without labelling or making value judgements about them. It also promotes the ability to adaptively cope with emotions and reduces worry and rumination. These can be useful in overcoming stigmas and their effects, especially self-stigmas. Self-compassion by promoting positive self-perceptions can be an antidote to self-stigmatization. So, mindfulness and self-compassion may buffer the individual from the effects of stigma and self-stigmatization.

In today’s Research News article “The Differential Moderating Roles of Self-Compassion and Mindfulness in Self-Stigma and Well-Being Among People Living with Mental Illness or HIV.” (See summary below). Yang and Mak recruited adult individuals with mental illness or with HIV. They completed measures of mindfulness, self-compassion, self-stigma content and process, and life-satisfaction. These data were then used in a regression analysis to determine the interrelationships between stigma, mindfulness, and self-compassion, and the effects of stigmas.

So, Decrease Stigma Effects on People Recovering from Mental Illness and HIV with Mindfulness.

“So, the bad news is that there may not be a way to stop processing automatic, stigmatizing thoughts. However, the good news, according to Inzlicht and Segal, is that we don’t need to. Instead, we should focus on having good intentions to not stigmatize and remain aware and nonjudgmentally accepting of these automatic thoughts–so as not to act on them. Considering the thousands of automatic thoughts each person has everyday, mindfulness may be a good start to ensuring that what we believe coincides with how we act. And this may, ultimately, contribute to the betterment of the live’s of those afflicted with mental illness.” – Veerpal Bambrah