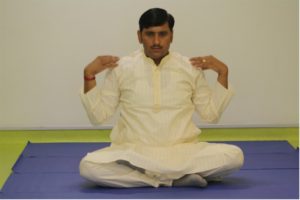 “Yoga is a holistic approach to wellness. We already know the many benefits of yoga. Apart from yoga, even intensive stretching may improve chronic lower back pain and reduce your dependence on medication drugs. Patients have shown to benefit immensely from yoga after their back surgery. Research shows that 12 weeks of yoga can actually improve back function and reduce symptoms in people with chronic back pain.” – Jasmine Bilimoria

Yoga practice has been shown to have a myriad of beneficial effects on physical and psychological well-being and it can help the individual heal from physical or mental illness or injury. In India, it is a common and acceptable practice to include yoga and other ayurvedic practices along with modern medical techniques in treating patients. This provides an opportunity to investigate the effects of these alternative practices on healing and recovery after a large array of medical interventions.

In today’s Research News article “From 200 BC to 2015 AD: an integration of robotic surgery and Ayurveda/Yoga”

Khan and colleagues investigate the effects of a package of alternative treatments including yoga, yogic breathing techniques, and massage on patients’ recovery after modern minimally invasive robotic thoracic surgery for a variety of conditions. They compared groups who received the additional treatments to those who did not. Yoga practices commenced shortly after surgery and were taught for as long as they were in the hospital (mean stay of 2.1 days). The patients were encouraged to continue practice at home after release from the hospital.

They found that the yoga practices group reported high satisfaction with the practices, less pain and use pain killing medications, less wound drainage, and less lung collapse. Hence, the yoga practices were effective in reducing pain and promoting recovery. These are interesting findings that these practices can improve recovery after surgery. This can have positive benefits for the patients and reduce hospital stays and overall treatment costs, making it attractive to the medical professions.

Since, this study was performed in India, where these practices are highly acceptable to the population, it remains to be demonstrated if they would be similarly effective in western countries. In addition, the yoga practices included a package of practices including postures, breathing, and massage. As a result, it cannot be determined which of these components, or which combinations of components, were required for effectiveness. Finally, since another active treatment or placebo control was not included in the study, it is impossible to determine if the effectiveness on recovery from surgery was due to the yogic practices or to a variety of contaminants including subject expectancy effects, demand characteristics, or experimenter bias. It remains for future research to verify the results under more controlled circumstances.

Regardless, the results are encouraging and provide the rationale to continue investigating the use of yogic practices to promote recovery after surgery.

“Yoga can be a great way to heal from surgery. However, as with any exercise after surgery, make sure you take it slow and do not push yourself. The best yoga for after surgery is Hatha yoga, which is very gentle and can be done very slowly. Hatha yoga focuses on a series of asanas done slowly and with deep breathing. If done properly, it is unlikely that it will do you any harm after the surgery.” – YogaWiz

BACKGROUND: Among the traditional systems of medicine practiced all over the world, Ayurveda and Yoga has a documented history dating back to beyond 200 BC. Robotic and video assisted thoracic surgery (VATS) is an invention of the 21(st) century. We aim to quantify the effects of integration of Ayurveda and Yoga on patients undergoing minimally invasive robotic and VATS.