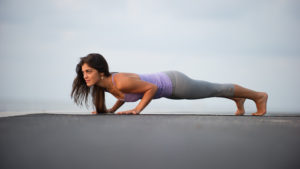 “Despite increased attention to diversity issues, ethnic minorities are still underrepresented in the field of psychology. Baseline knowledge on the effectiveness of treatments for ethnic minority groups is limited.” – Janice Ya Ken Cheng

Mindfulness practices have gone mainstream in western culture. This has not been driven by theoretical, philosophical, or religious reasons but by pragmatic ones. Mindfulness practices have been found to be very beneficial to the practitioner of all ages from children, to adults, to the elderly. They have been shown to improve the psychological and physical health of otherwise healthy individuals and to be helpful in treating both mental and physical illnesses. A variety of mindfulness techniques have been shown to be effective including meditation, mindfulness based stress reduction (MBSR), mindfulness based cognitive therapy (MBCT), Acceptance and Commitment therapy (ACT), mindful movement practices such as tai chi and qigong, and yoga. It is no wonder that these practices have spread rapidly in modern western culture.

At present, it is not known whether these practices have spread uniformly through the population of have been adopted primarily by specific subgroups. For the most part, mindfulness practices require a teacher, at least initially, and thus can incur costs. This suggests that there may be socioeconomic barriers to participation. In addition, because mindfulness practices have spread through the printed media, education level may be a factor in their adoption. To help promote the adoption of these healthy techniques it is important to know which groups are not currently participating in large numbers and what might be the barriers for participation.

or below or view the full text of the study at: http://www.ncbi.nlm.nih.gov/pmc/articles/PMC4326023/

They found that over 13% of the population participated in one or more mindfulness practices. Meditation and yoga were practiced about equally being engaged in by 7.6% and 7.5% of the population of the U.S. respectively, while tai chi and qigong were much less commonly practiced, 1.2% and 0.3% of the population respectively. Gender made a difference as men were half as likely as women to engage in any of the practices and more than three times less likely to practice yoga. Education level made a large difference with education beyond high school highly predictive of engagement in mindfulness practices. Race and ethnicity was also important with white and Asian Americans much more likely to practice than black or Hispanic Americans. Interestingly, income level only made a very slight difference in participation.

These results are very interesting as the characteristics of participants in mindfulness practices track health statistics for these groups. Low education level and being a member of a minority group are strong predictors of poor health outcomes and males live on average 7 years less than females. These results do not demonstrate that engagement in mindfulness practices are the sole reason for health disparities, as they are still present for non-practitioners. But, it is known that mindfulness practices promote good mental and physical health. So, the lack of practice in male, minority, and low education groups suggests that they are not taking advantage of the benefits of practice which may contribute to the health disparities.

These results strongly suggest that greater efforts should be made to bring mindfulness practices to these vulnerable populations and thereby improve health and well-being. The results of the current study suggest that income level is not a problem. This is important as it suggests that these practices can be spread at low relative cost. Given their very positive impacts on health, mindfulness practices would appear to be a very safe and cost effective means of improving health and addressing prevalent health disparities in the population.

“Researchers and clinicians who are interested in ethnic minority research in general and acceptance- and mindfulness-based treat­ments in particular must face the fact that ethnic minority psycholo­gists are persistently underrepresented, despite different efforts having been made to promote the recruitment and retention of ethnic minor­ity professionals in psychology.” –  Janice Ka Yan Cheng

Objective: To examine the effect of sociodemographic factors on mindfulness practices.

Results: Greater education was associated with mindfulness practices (odds ratio [OR], 4.02 [95% confidence interval [CI], 3.50–4.61]), men were half as likely as women to engage in any practice, and lower engagement was found among non-Hispanic blacks and Hispanics.