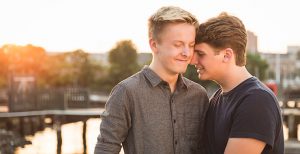 Improve the Psychological Well-Being of Sexual Minorities (LBGQ) with Mindfulness

“It is revolutionary for any trans person to choose to be seen and visible in a world that tells us we should not exist.” —Laverne Cox

Around 43,000 people take their own lives each year in the US. The problem is far worse than these statistics suggest as it has been estimated that for every completed suicide there were 12 unsuccessful attempts. In other words, about a half a million people in the U.S. attempt suicide each year. Indeed, suicide is the second leading cause of death in adolescents. Suicidality and self-injury are particularly problematic in sexual minorities (LBGTQ).

One of the few treatments that appears to be Dialectical Behavior Therapy (DBT). It is targeted at changing the problem behaviors characteristic including self-injury. Behavior change is accomplished through focusing on changing the thoughts and emotions that precede problem behaviors, as well as by solving the problems faced by individuals that contribute to problematic thoughts, feelings and behaviors. In DBT five core skills are practiced; mindfulness, distress tolerance, emotion regulation, the middle path, and interpersonal effectiveness. DBT has been found to reduce suicidality. There is thus a need to study the effectiveness of DBT for the mental health of sexual minority adolescents.

In today’s Research News article “Dialectical behavior therapy for adolescents (DBT-A): Outcomes among sexual minorities at high risk for suicide.” (See summary below or view the full text of the study at: https://www.ncbi.nlm.nih.gov/pmc/articles/PMC9233065/ ) Poon and colleagues recruited heterosexual and sexual minority (LGBQ) adolescents (13-18 years of age). They received and 18-week program of Dialectical Behavior Therapy (DBT). They completed online measures before and after treatment of emotion regulation, anxiety, depression, coping, and borderline symptoms.

They found that after treatment the adolescents had significant decreases in depression, borderline symptoms, and dysfunctional coping and significant increases in emotion regulation and use of coping skills. There were no significant differences between the improvements seen with the sexual minority and heterosexual adolescents.

Hence, Dialectical Behavior Therapy (DBT) Produces significant improvements in the psychological well-being of sexual minority adolescents and is as effective as it is in heterosexual adolescents. Although not measured these improvements would predict a decrease in suicidality.

“Shame creates lies about how men should think and act, and when men don’t fulfill those roles, they have additional shame.” ― Liz Plank

The alarming rates and pervasiveness of suicidal and self-destructive behaviors (e.g., non-suicidal self-injury) among young sexual minorities represent a major public health concern. We set out to examine whether an empirically driven treatment for suicide and self-harm, dialectical behavior therapy for adolescents (DBT-A), provides benefits for adolescents who identify as gay, lesbian, bisexual, or questioning (LGBQ). LGBQ adolescents (n = 16) were compared with non-LGBQ peers (n = 23). Psychological measures were collected before and after participation in a comprehensive DBT-A program. LGBQ participants demonstrated significant improvements in emotion regulation, depression, borderline symptoms, and coping strategies; changes were comparable to their heterosexual peers. 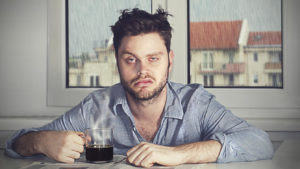 Protect Against Mental Illness and Suicide in Gay Men with Mindfulness

“Mindfulness enables you to recognize just how transitory thoughts are. They come and they go, like clouds before the sun. . . Watch your suicidal thoughts as they float by. You don’t need to grab one and hold on to it. More thoughts will come. More thoughts will go.” – Stacey Freedenthal

The word gay connotes happy and fun loving. This descriptor of homosexual men as gay, however is inaccurate. In fact, the risk of a mental health condition, like depression, anxiety disorders, or post-traumatic stress disorder, is almost three times as high for youths and adults who identify as gay, It is troubling that suicide is attempted four times more often by gay youth. In addition, gay youth are almost twice as likely as their heterosexual peers to abuse drugs and alcohol.

In today’s Research News article “Mindfulness and Other Psycho-Social Resources Protective Against Mental Illness and Suicidality Among Gay Men.” (See summary below or view the full text of the study at: https://www.ncbi.nlm.nih.gov/pmc/articles/PMC6095030/ ), Wang and colleagues recruited gay men and had them complete measures of self-efficacy, internalized homophobia, self-acceptance, purpose in life, hedonism, altruism, religion, spirituality, mindfulness, positive affect, life satisfaction, vitality, positive relations with others, mental illness, suicidality, and victimization. These data were analyzed with sophisticated modelling and regression analyses.

Hence, dispositional mindfulness appears to be associated with better psychological and mental health including reduced tendency for depression and suicide. These results are encouraging but are correlational, so causation cannot be determined. But other research has shown that mindfulness causes improvements in the mental and physical states of a wide variety of individuals. And there is no reason to believe that this would also not be the case with gay men. Future research should manipulate mindfulness levels with training and assess the impact of the increased mindfulness on the psychological and mental health of the gay men.

So, protect against mental illness and suicide in gay men with mindfulness.

“Mindfulness can be a powerful tool in dealing with various mental health challenges and symptoms. Beyond breathing exercises, mindfulness means being fully aware of the facets of the body and mind. This helps in assessing intrusive thoughts and emotional reactions.” – Faith Onimiya

Background: There is considerable evidence of health disparities among gay men characterized by higher levels of stress and distress. Psycho-social resources have been linked to numerous positive health outcomes and shown to act as buffers in the stress-distress pathway.

Methods: With data from the 3rd Geneva Gay Men’s Health Survey carried out in 2011 using time-space sampling (n = 428), a relatively elaborate profile of 14 psycho-social resources—including mindfulness—is presented. Using their original scores, latent class analysis created an index variable dividing the respondents into meaningful groups. Psycho-social resources—the index variable as well as each resource individually—were then compared to two recent outcomes—i.e., serious mental illness in the past 4 weeks and short-term disability in the past 2 weeks—using a series of logistic regression models, controlling for all other psycho-social resources and socio-demographic confounders. To assess their potential role as buffers, a similar series of logistic regression models were erected using victimization and three outcomes—i.e., major depression, suicidal ideation, and suicide attempt—in the past 12 months.

“spirituality can offer a vision of hope and meaning in a world that sometimes appears to be a hopeless miasma of pain and suffering. At its best, spirituality bestows vision and love of life. It widens our perspective. It sensitizes us to beauty and vitality–the very things at which gay men excel.” – Toby Johnson
Psychological well-being is sometimes thought of as a lack of mental illness. But, it is more than just a lack of something. It is a positive set of characteristics that lead to happy, well-adjusted life. These include the ability to be aware of and accept one’s strengths and weaknesses, to have goals that give meaning to life, to truly believe that your potential capabilities are going to be realized, to have close and valuable relations with others, the ability to effectively manage life issues especially daily issues, and the ability to follow personal principles even when opposed to society. These are also all characteristics that the great psychologist Abraham Maslow labelled self-actualization.

These are lofty goals that only few truly accomplish completely. But, we can strive to improve at each. Religion and spirituality encourage such personal growth. Indeed, spirituality appears to be associated with more positive attitudes toward physical and psychological difficulties and improved overall psychological well-being. For gay men, there can be a conflict between their religion and their sexual identity as “many religious/spiritual institutions continue to hold conservative and/or hostile attitudes toward same-sex behaviors.” As a result, the relationship between religion/spirituality and psychological well-being can be complicated for gay men.

In today’s Research News article “Psychological well-being among religious and spiritual-identified young gay and bisexual men.” See summary below or view the full text of the study at:

Meanley and colleagues study the relationship of religion and spirituality to psychological well-being in gay men. They recruited male gay men and transsexuals between the ages of 18 to 29 years to complete an on-line survey containing measures of religious commitment, participation, and coping, self-esteem, life purpose, internalize homophobia, and community stigma. Interestingly, 80% of the sample identified as religious and or spiritual.

As evidence that religion and spirituality can produce a conflict with sexual identity they found that participants who identified as religious/spiritual had significantly high internalized homophobia. Importantly, they also found that religiosity was associated with higher community stigma and internalized homophobia and lower purpose in life and self-esteem. But, on the other hand, spirituality was associated with higher purpose in life and self-esteem.

So, improve psychological well-being in gay men with spirituality.

“many homosexuals naturally embody the traits of sensitivity and gentleness that religion is intended to teach. Gay men are often saints and moral exemplars. In spite of the contrary examples that can be offered, there is a goodness and virtue that runs through gay men’s lives, and a demonstration of real spirituality in how many of us resolve the problem of making sense of religion in the modern world.” – Toby Johnson