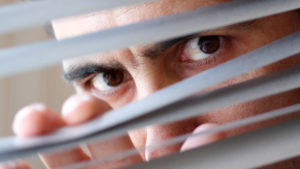 “Our nervous system is like the soundtrack for every scene in life that we encounter. It is all but impossible to experience a scene as safe and happy when the music tells us otherwise. With a mindful, body-based approach, clients can learn to change their music.” – Jeena Cho

Meditation began as a spiritual practice and as such involves thoughts of an ultimate reality that transcends the mundane reality of everyday life. The beginning of such realizations can produce thinking that appears magical, that is not based in physical reality. This can appear to be magical thinking which can be confused with the types of ungrounded thinking that appears in schizophrenia. In addition, meditation practice, especially at meditation retreats, can unleash troubling thoughts often related to past trauma or emotional upheaval. As a result, vulnerable individuals may have serious psychological symptoms arise as a result of meditation practice. There has been very little study of these phenomena. Yet, such study may be quite important as meditation is generally seen as a safe practice, yet, in fact, meditation may lead to a state that resembles mental illnesses, such as schizophrenia, and meditators may be misdiagnosed.

In today’s Research News article “Schizotypy and mindfulness: Magical thinking without suspiciousness characterizes mindfulness meditators.” See summary below or view the full text of the study at: https://www.ncbi.nlm.nih.gov/pmc/articles/PMC5514306/, Antonova and colleagues study symptoms of schizotypy in meditators and its relationship to mindfulness. “Schizotypy is a psychological construct, encompassing a range of personality traits and cognitions that are similar to psychosis but less severe in nature . . . schizotypy is characterized by nine dimensions: ideas of reference, excessive social anxiety, magical thinking, unusual perceptual experiences, eccentric behavior or appearance, no close friends or confidants, odd speech, constricted affect and suspiciousness. Schizotypy clearly encompasses both psychosis-like symptoms and symptoms related to anxiety and depression.” They recruited male experienced meditators who had been practicing consistently for at least 2 years (average 7.5 years) and a group of male meditation naïve participants. Participants completed scales measuring mindfulness and symptoms of schizotypy.

These are interesting results that support the contention that meditation training does not necessarily lead to the kinds of symptoms that reflect early stages of schizophrenia. To the contrary, meditation appears to be associated with stronger mental health as mindfulness was associated with lower levels of schizotypy, including suspiciousness and social anxiety. The increase in magical thinking is expected in that all of the meditators engaged in meditation as a spiritual practice in the Buddhist traditions. Hence, there were no indications of any meditation effects that would tend to precipitate psychosis.

It should be kept in mind that the results were correlational and as such causation cannot be concluded. In addition, only males were studied. It is also possible that meditators who would be susceptible to negative consequences of meditation practice would have dropped out from meditation practice and so not be represented in a sample of long-term meditators. So, more research is needed investigating the effects of meditation on schizotypy symptoms in beginning meditators and in females.

So, reduce suspiciousness and excessive social anxiety with mindfulness.

“mindfulness meditation improves somatic, psychological, and spiritual wellbeing. Thus, although poorly-practiced or poorly-taught meditation can actually be harmful to a person’s health, where mindfulness meditation is taught by an experienced and authentic teacher who is aware of all of the risks, then adverse side effects are unlikely.” – Edo Shonin

Despite growing evidence for demonstrated efficacy of mindfulness in various disorders, there is a continuous concern about the relationship between mindfulness practice and psychosis. As schizotypy is part of the psychosis spectrum, we examined the relationship between long-term mindfulness practice and schizotypy in two independent studies. Study 1 included 24 experienced mindfulness practitioners (19 males) from the Buddhist tradition (meditators) and 24 meditation-naïve individuals (all males). Study 2 consisted of 28 meditators and 28 meditation-naïve individuals (all males). All participants completed the Schizotypal Personality Questionnaire (Raine, 1991), a self-report scale containing 9 subscales (ideas of reference, excessive social anxiety, magical thinking, unusual perceptual experiences, odd/eccentric behavior, no close friends, odd speech, constricted affect, suspiciousness). Participants of study 2 also completed the Five-Facet Mindfulness Questionnaire which assesses observing (Observe), describing (Describe), acting with awareness (Awareness), non-judging of (Non-judgment) and non-reactivity to inner experience (Non-reactivity) facets of trait mindfulness. In both studies, meditators scored significantly lower on suspiciousness and higher on magical thinking compared to meditation-naïve individuals and showed a trend towards lower scores on excessive social anxiety. Excessive social anxiety correlated negatively with Awareness and Non-judgment; and suspiciousness with Awareness, Non-judgment and Non-reactivity facets across both groups. The two groups did not differ in their total schizotypy score. We conclude that mindfulness practice is not associated with an overall increase in schizotypal traits. Instead, the pattern suggests that mindfulness meditation, particularly with an emphasis on the Awareness, Non-judgment and Non-reactivity aspects, may help to reduce suspiciousness and excessive social anxiety.