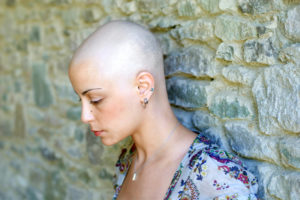 “Mindfulness meditation is known to have a positive emotional and psychological impact on cancer survivors. But some groundbreaking new research has found that meditation is also doing its work on the physical bodies of cancer survivors, with positive impacts extending down to the cellular level.” – Carolyn Gregoire

Receiving a diagnosis of cancer can have a huge impact on most people. Feelings of depression, anxiety, and fear are very common and are normal responses to this life-changing experience. These feeling can result from changes in body image, changes to family and work roles, feelings of grief at these losses, and physical symptoms such as pain, nausea, or fatigue. People might also fear death, suffering, pain, or all the unknown things that lie ahead. But, cancer diagnosis is not a death sentence. Over half of the people diagnosed with cancer are still alive 10 years later and this number is rapidly improving. It is estimated that 14,483,830 adults and children with a history of cancer alive in the United States today. So, there are a vast number of cancer survivors.

Mindfulness training may be helpful for dealing with these psychological residual symptoms of cancer. It has been shown to improve recovery from cancer and to reduce anxiety and depression in people with a wide variety of conditions.  In today’s Research News article “Effectiveness of Mindfulness-based Therapy for Reducing Anxiety and Depression in Patients with Cancer: A Meta-analysis.” See:

or below or view the full text of the study at:

Zhang and colleagues examine the published research literature investigating the effectiveness of mindfulness training for anxiety and depression in cancer patients. They report that the most common form of mindfulness training used in the published research for cancer were 8-week Mindfulness-Based Stress Reduction (MBSR) programs involving meditation, body scan and yoga practices. All studies examined contained a control condition, most commonly a treatment as usual wait-list group.

They found that the literature made a clear case that mindfulness based therapies produce significant improvements in both anxiety and depression in the cancer patients. Since mindfulness training involves training to focus on the present moment, it is easy to see how it could be effective against anxiety and depression. Anxiety involves fear of potential future problems while depression involves rumination about the past. The focus on what’s happening now, produced by mindfulness training, prevents thinking about the past producing depression and thinking about the future producing anxiety.

The findings in the research literature are important as depression causes great distress, impairs functioning, and might even make the person with cancer less able to follow their cancer treatment plan. In addition, high levels of anxiety are stressful, depleting the patient’s energy and reducing their ability to fight the cancer or other potential infections. Hence the ability of mindfulness training to reduce the depression and anxiety is important for not only the patients’ mental health but also for their physical ability to fight the cancer.

So, reduce anxiety and depression among patients with cancer with mindfulness.

“Cancer is not something that any of us would ever want to have happen to us, but it can be a tremendous opportunity to look at some of our conditioning. It can also be an opportunity to look deeply and make amends for some things we don’t like. We can come into a greater sense of peace with ourselves and with others.”  – Elana Rosenbaum

Anxiety and depression are common among patients with cancer, and are often treated with psychological interventions including mindfulness-based therapy.

The aim of the study was to perform a meta-analysis of the effectiveness of mindfulness-based interventions for improving anxiety and depression in patients with cancer.

Medline, the Cochrane Library, EMBASE, and Google Scholar were searched. The randomized controlled trials designed for patients diagnosed with cancer were included. Mindfulness-based interventions were provided.

The outcomes assessed were the changes in anxiety and depression scores from before to after the intervention. The treatment response was determined by calculating the standardized mean difference (SMD) for individual studies and for pooled study results. Subgroup analyses by cancer type, type of therapy, and length of follow-up were performed.

There was a lack of consistency between the studies in the type of mindfulness-based/control intervention implemented. Patients had different forms of cancer. Subgroup analyses included a relatively small number of studies and did not account for factors such as the severity of anxiety and/or depression, the time since diagnosis, and cancer stage.

Mindfulness-based interventions effectively relieved anxiety and depression among patients with cancer. However, additional research is still warranted to determine how long the beneficial effects of mindfulness-based therapy persist.