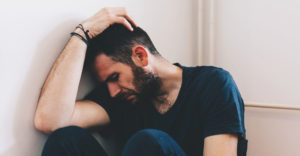 Compulsive Sexual Behavior is Related to Shame and Low Mindfulness

“In addition to helping bring about a reduction in dysfunctional sex-related actions, fantasies and thoughts, mindfulness training may help affected individuals gain improved emotional control, an increased ability to handle stressful situations and improved resistance to any potentially damaging sex-related urges that arise.” – The Ranch

In today’s Research News article “Dispositional Mindfulness, Shame, and Compulsive Sexual Behaviors among Men in Residential Treatment for Substance Use Disorders.” (See summary below or view the full text of the study at: https://www.ncbi.nlm.nih.gov/pmc/articles/PMC5764544/ ), Brem and colleagues examined the medical records of men in residential treatment for substance abuse looking at measures of mindfulness, compulsive sexual behavior, shame, alcohol use and associated problems, and drug use and associated problems. They examined the relationships between the variables with hierarchical multiple regressions.

Hence it appears that mindfulness not only is associated with lower shame but that it also appears to inoculate men who demonstrate compulsive sexual behavior from feelings of shame. Shame appears to interfere with successful treatment for substance abuse. Being ashamed increases negative feelings about the self and success in treatment is aided by positive feelings about the self.  So, these results suggest that being mindful may be an asset encouraging successful treatment for substance abuse in part by reducing the feelings of shame that interfere with success.

So, reduce compulsive sexual behavior by reducing shame with mindfulness.

“The greatest aid has been, and is, the knowledge and application of mind body awareness (or mindfulness, consciousness). It was the realisation about the nature of the relationship between me (the observer) and my mind which gave me the greatest insight and a powerful tool to overcome the negative behaviour patterns that sexual addiction creates. And I am still learning everyday!” – Sex Addict