In the modern world education is a key for success. There is a lot of pressure on medical students to excel. This stress might in fact be counterproductive as the increased pressure can lead to stress and anxiety which can impede the student’s physical and mental health, well-being, and performance in medical school. It is, for the most part, beyond the ability of the individual to change the environment to reduce stress, so it is important that methods be found to reduce the students’ responses to stress; to make them more resilient when high levels of stress occur.

In today’s Research News article “Specific mindfulness traits protect against negative effects of trait anxiety on medical student wellbeing during high-pressure periods.” (See summary below or view the full text of the study at: https://www.ncbi.nlm.nih.gov/pmc/articles/PMC8338863/ ) Fino and colleagues recruited second year students in medical school and had them complete measures at the beginning and end an academic semester of mindfulness, anxiety, perceived stress, psychosomatic symptoms, and sleep quality.

These results suggest that over the course of an academic semester in medical school there is a deterioration in the psychological well-being of the students. This is not surprising as the exams at the end of the semester are very stressful. This deterioration is exacerbated by the overall anxiety levels of the students. Again, this is not surprising as anxious students would be expected to react more strongly to the pressures at the end of the semester. What is new is that mindfulness tends to mitigate this effect of anxiety. The more mindful students had less of a deterioration in their well-being resulting from their anxiety level.

Previous research has demonstrated that mindfulness reduces perceived stress, anxiety, and psychosomatic symptoms. So, the mitigating effect of mindfulness was not surprising. But it is interesting that the greatest mitigation was found for the nonjudging of inner experience facet of mindfulness. In other word, accepting the feelings of anxiety as they are, mitigates its impact on psychological well-being. Conversely, judging these feelings multiples their effects on well-being. So, accepting, without judgement, that one is anxious, make that anxiety less impactful on one’s well-being.

So, reduce the association of anxiety with psychological well-being during stress with mindfulness.

“[Mindfulness] training for medical students was associated with increased measures of psychological well-being and self-compassion, as well as improvements in stress, psychological distress and mood.” – Emma Polle

Medical education is highly demanding and evidence shows that medical students are three times more susceptible to deteriorating physical and mental health than the average college student. While trait anxiety may further increase such risk, little is known about the role of trait mindfulness in mitigating these effects. Here we examine the protective role of specific mindfulness facets as mediators in pathways from trait anxiety to perceived stress, psychosomatic burden and sleep-wake quality in medical students, across repeated measurements throughout the first trimester of the school year. Preclinical medical students enrolled in the second year of the Medical School of University of Bologna completed self-report questionnaires examining personality traits as well as physical and psychological wellbeing. Data unibo were collected at the beginning (Time 1: N = 349) and the end of the first trimester (Time 2: N = 305). As students approached the end of the trimester and upcoming exams, reported levels of perceived stress, psychosomatic problems and difficulties in wakefulness increased significantly compared to the beginning of the trimester. Mediation results showed that trait anxiety predicted such outcomes whereas the protective role of mindfulness facets in mitigating these effects was significant only at Time 2. Specific facets of Nonjudging of inner experience and Acting with awareness proved to be the most effective mediators. Findings highlight that the beneficial role of mindfulness facets in mitigating negative consequences of trait anxiety on medical student wellbeing is revealed in high-pressure periods and when self-regulation is needed the most. Cultivating awareness and nonjudgmental acceptance of one’s inner experiences is a crucial self-regulation resource that can help medical students sustain their wellbeing as they learn and throughout their high-pressure education and professional careers. 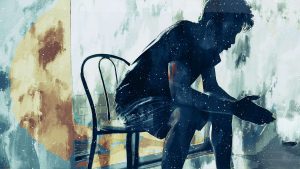 According to the American Psychological Association “Somatic symptom disorder involves a person having a significant focus on physical symptoms, such as pain, weakness or shortness of breath, that results in major distress and/or problems functioning. The individual has excessive thoughts, feelings and behaviors relating to the physical symptoms.” Somatic Symptom Disorder occurs in about 5% to 7% of the population, effect people of all ages and is more common in women. It is associated with poor health, problems functioning in daily life, including physical disability, problems with relationships, problems at work or unemployment, other mental health disorders, such as anxiety, depression and personality disorders, increased suicide risk related to depression, and financial problems due to excessive health care visits. Obviously, this produces major suffering in the patients. But little is known of the causes or treatment of Somatic Symptom Disorder.

Somatic Symptom Disorder is frequently treated with antipsychotic and antidepressant drugs with limited success. It often co-occurs with anxiety and depression. Since, mindfulness training has been shown to be effective in treating anxiety, depression, and somatization, it makes sense to investigate the effectiveness of mindfulness-based therapies for the treatment of Somatic Symptom Disorder.

In today’s Research News article “Effect of Mindfulness-Based Stress Reduction Program on Psychological Symptoms, Quality of Life, and Symptom Severity in Patients with Somatic Symptom Disorder.” (See summary below or view the full text of the study at: https://www.ncbi.nlm.nih.gov/pmc/articles/PMC8095256/ ) Zargar and colleagues recruited patients with Somatic Symptom Disorder who were on continuing treatment with the antidepressant drug, venlafaxine, and randomly assigned them to either 8 weeks of once a week treatment for 2 hours of Mindfulness-Based Stress Reduction (MBSR) or no further treatment. They were measured before and after treatment for Somatic Symptom Disorder symptom severity, including anxiety, depression, and stress, health-related quality of life, and patient health.

Mindfulness-Based Stress Reduction (MBSR) is a mindfulness training program that includes training and practice in meditation, body scan, and yoga and includes group discussion. The results demonstrate that MBSR is an effective treatment in addition to antidepressant drugs for Somatic Symptom Disorder. But since there wasn’t any follow-up data obtained it is not known how lasting is the symptom relief. It will be interesting in the future to examine if MBSR is effective as a stand-alone treatment and if its effects persist after the cessation of treatment.

“mindfulness-based cognitive therapy that can be useful in the treatment of somatic disorders.” – Recovery Village

The patients with SSD were randomly divided into two groups of receiving venlafaxine alone and venlafaxine with an 8-week MBSR program. Depression, anxiety, and stress with their severities were assessed along with the quality of life, the number of physical symptoms and their severities, as well as SSD severity before and after the intervention. Subsequently, the results were compared between the two groups.

This study included 37 patients with SSD who referred to Shariati Psychosomatic Clinic, Isfahan, Iran, with a mean age of 37.08 ± 8.26 years. It should be noted that 37.8% of the participants were male. The intervention group obtained significantly lower scores in depression, anxiety, stress, and their severities, compared to the control group. Moreover, the number of physical symptoms, their severity, and the severity of SSD were significantly decreased more in the intervention group rather than the controls.

The MBSR accompanied by prescribing venlafaxine can significantly reduce the severity of SSD, as well as the number and severity of physical symptoms. Moreover, it can reduce depression, anxiety, stress, and their severity. The MBSR can be used as complementary medicine for the treatment of patients with SSD.