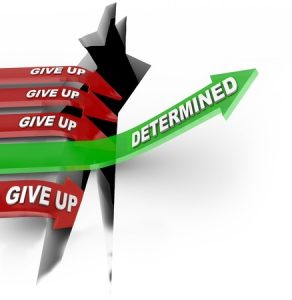 Mindfulness is Associated with Nursing Students’ Grit and Achievement Emotions

“Grit is defined as having perseverance and passion for long-term goals. It is challenging yourself despite your fears. It’s being resilient. It’s having the willingness to fail, fail again, and to fail better until you finally succeed.” – Shilpi Mahajan

Mindfulness practice has been shown to improve emotion regulation. Practitioners demonstrate the ability to fully sense and experience emotions but respond to them in more appropriate and adaptive ways. The ability of mindfulness training to improve emotion regulation is thought to be the basis for a wide variety of benefits that mindfulness provides to mental health and the treatment of mental illness especially depression and anxiety disorders.

Mindfulness can be divided into two different aspects. Meditation mindfulness emphasizes focusing on what is occurring right now without judgement. On the other hand, socio-cognitive mindfulness emphasizes openness to external stimuli allowing for flexible interactions with the environment. It would be expected that socio-cognitive mindfulness with its flexibility in interpreting external events in particular would underlie improvements in emotion regulation. Grit is perseverance for long-term goals which would also be expected to be related to emotions and mindfulness. But little is known regarding the relationships of mindfulness, grit, and emotions.

These findings are correlative and as such causation cannot be determined. Nevertheless, they help to clarify the relationships of perseverance for long-term goals with nursing students’ emotions. Grit is associated with emotional well-being directly and indirectly through mindfulness.

“Follow-through (or Grit) is one of the greatest predictors of college success.” – Sarah Ritter 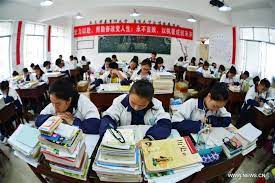 “As we introduce Mindfulness and the concept of “whole grit, the focus moves from the outside benchmarks of achievement to the inside benchmarks of achievement. The focus shifts from being a product to the process of learning and happiness. The focus shifts from the tangible grades to the intangible happiness and being in the present moment.” – Shilpi Mahajan

Childhood trauma can leave in its wake symptoms which can haunt the victims for the rest of their lives. These include persistent recurrent re-experiencing of the traumatic event, including flashbacks and nightmares, loss of interest in life, detachment from other people, increased depression, anxiety and emotional arousal, including outbursts of anger, difficulty concentration, and jumpiness, startling easily. Unfortunately, childhood maltreatment can continue to affect mental and physical health throughout the individual’s life. How individuals cope with childhood maltreatment helps determine the effects of the maltreatment on their mental health.

It has been found that experiencing the feelings and thoughts produced by trauma completely, allows for better coping. This can be provided by mindfulness. Indeed, mindfulness has been found to be effective for relieving trauma symptoms. But it is not known how mindfulness interacts with adverse childhood experiences to impact psychological well-being later. One possibility is that mindfulness helps to promote grit, perseverance for long-term goals.

In today’s Research News article “Adverse Childhood Experiences, Mindfulness, and Grit in College Students in China.” (See summary below or view the full text of the study at: https://www.frontiersin.org/articles/10.3389/fpsyg.2022.891532/full?utm_source=F-AAE&utm_medium=EMLF&utm_campaign=MRK_1885330_a0P58000000G0YfEAK_Psycho_20220614_arts_A ) Cheung and colleagues recruited university students online and had them complete measures of mindfulness, grit, adverse childhood experiences, and socioeconomic status.

These results are correlative, and causation cannot be determined. Nevertheless, the result suggests that persevering in the pursuit of long-term goals is harmed by having experienced neglect of abuse in childhood, but being mindful prevents this, allowing the student to still pursue long-term goals even though they’ve experienced significant trauma.

This study investigated the effect of ACEs and COVID-19 on grit and whether this effect is mediated by mindfulness. Although current scholarship has found that adverse childhood experiences (ACEs) have harmful consequences to individuals across the life span, less is known about the relationship between ACEs and grit. Grit is predictive of educational success and subjective wellbeing. A cross-sectional online survey administered to junior and senior students from 12 universities spread across China was conducted from September 20, 2020 to October 5, 2020. The universities were selected from geographically diverse regions of China to ensure a diverse sample. We received 1,871 completed responses from 2,229 invited students. The survey response rate was 83.9%. The results indicated that ACEs had significantly negative effects on grit, while mindfulness had significantly positive effects on grit. Once controlling for level of mindfulness, the effects of ACEs on grit largely reduced and became insignificant. The findings of this research indicate that mindfulness has a significant mediational effect on the relation between ACEs and grit and call for mindfulness-based interventions for enhancing grit for the population at risks.