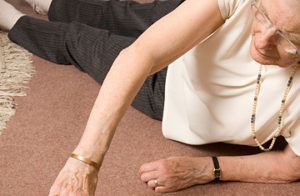 Balance and Fitness in the Elderly and Tai Chi Training

“Tai chi is an ancient Chinese exercise that can help older adults improve their balance and lower their fall risk. And by reducing their risk of falls, seniors can lower their odds of suffering a debilitating fracture.” – Harvard Health Letter

The process of aging affects every aspect of the physical and cognitive domains. Every system in the body deteriorates including motor function with a decline in strength, flexibility, and balance. Impaired balance is a particular problem as it can lead to falls. In the U.S. one third of people over 65 fall each year and 2.5 million are treated in emergency rooms for injuries produced by falls. About 1% of falls result in deaths making it the leading cause of death due to injury among the elderly.

Falls, with or without injury, also carry a heavy quality of life impact. A growing number of older adults, fear falling and, as a result, limit their activities and social engagements. This can result in further physical decline, depression, social isolation, and feelings of helplessness. It is obviously important to discover methods to improve balance and decrease the number of fall in the elderly.

Tai Chi training is designed to enhance and regulate the functional activities of the body through regulated breathing, mindful concentration, and gentle movements. It includes balance training and has been shown to improve balance and coordination. These studies, however, employ Tai Chi training over long time frames of 6 months to a year. It is not known if shorter term training would also be effective.

In today’s Research News article “Effects of 12 Weeks of Tai Chi Chuan Training on Balance and Functional Fitness in Older Japanese Adults.” (See summary below or view the full text of the study at: https://www.ncbi.nlm.nih.gov/pmc/articles/PMC5968980/ ), Takeshima and colleagues recruited older adults averaging 73 years of age and assigned them to either receive 12 weeks of Tai Chi training for 2 days per week for 60 minutes or to a no-treatment control group. They were measured before and after training for static balance, dynamic balance, and functional fitness, including upper and lower body strength, balance and agility, upper and lower body flexibility, and cardiorespiratory fitness.

Contrary to longer-term studies, they did not find any significant differences between the Tai Chi training and no-treatment control groups in static balance, dynamic balance, or functional fitness.  This lack of benefit of Tai Chi training may well be due to the relative shortness of the 12-week program relative to previous studies employing 6-month to one year trainings. Indeed, previous research by Holmes and colleagues also employing a 12 week program could not detect any overall improvement in balance, but could detect a subtle improvement in postural-respiratory coupling. This may be a precursor to improvements in overall balance. So, 12-weeks of training may produce subtle changes that, if continued over a longer period of time, will lead to improvements in balance.

Tai Chi movement patterns can be fairly complex and the elderly may have difficulty learning them over a few sessions. Indeed, it has been reported that it takes 8 to 16 sessions before the patterns are mastered. So, there may need for longer periods of training to master the technique and benefit from it. Hence, there is a need for further research on the amount of Tai Chi training needed to improve balance and reduce falls in the elderly.

“I’ve always been clumsy, so Tai Chi has offered me the opportunity to be able to think more about what I’m doing, pay attention to what I’m doing, and not fall. I’m able to catch myself if I trip over something because of Tai Chi,” – Velma Chapman

The purpose of this study was to determine the effects of Tai Chi Chuan on static and dynamic balance, and functional fitness in older adults. Forty-nine volunteers were divided into an exercise group (EX: 9 men and 16 women, average age 72 ± 5 years) and control group (13 men and 11 women, average age 73 ± 6 years). The EX participated in a 12-week supervised exercise program (60 min/day, 2 days/week) that consisted of 10-min warm-up and stretching, 40-min Tai Chi Chuan exercise (long-form Yang style with 108 movements), and 10-min cool-down/relaxation exercises. The control group was asked to not change their physical activity habits. Static (sway velocity standing on firm or foam surfaces with eyes open or closed) and dynamic balance (limits of stability (LOS)), as well as functional fitness measures of body mass; upper- and lower-body strength; and flexibility, mobility, and aerobic fitness were taken before and after the intervention. After the 12-week Tai Chi Chuan exercise program, there were no improvements in any functional fitness or balance variable although components of LOS tended to increase (13.1%, p = 0.052). These results indicate that 12 weeks of Tai Chi Chuan exercise has no significant effect on balance and functional fitness parameters in older Japanese adults.