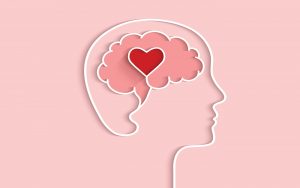 “mindfulness’s most profound benefit may not be the one that’s most often touted—adapting to a stressful, competitive, even unkind 24/7 world. Instead, meditation might fundamentally alter how we treat those around us.” – David Destino

Humans are social animals. This is a great asset for the species as the effort of the individual is amplified by cooperation. In primitive times, this cooperation was essential for survival. But in modern times it is also essential, not for survival but rather for making a living and for the happiness of the individual. This ability to cooperate is so essential to human flourishing that it is built deep into our DNA and is reflected in the structure of the human nervous system. Empathy and compassion are essential for appropriate social engagement and cooperation. In order for these abilities to emerge and strengthen, individuals must be able to see that other people are very much like themselves.

Mindfulness has been found to increase prosocial behaviors such as altruism, compassion, and empathy. It is not known how mindfulness practice might do this. Mindfulness is known to alter the nervous system through a process called neuroplasticity. It is possible that mindfulness improves empathy by altering the brain systems that underlie it.

In today’s Research News article “Mindfulness meditation regulates anterior insula activity during empathy for social pain.” (See summary below or view the full text of the study at: https://www.ncbi.nlm.nih.gov/pmc/articles/PMC6867068/), Laneri and colleagues recruited long-term meditators with at least 5 years of regular meditation practice and a group of non-meditators. All participants performed an empathy task while having their brains scanned with functional Magnetic Resonance Imaging (fMRI). Half of the meditators meditated for 8 minutes prior to being measured for empathy while half did not. Empathy was measured by having the participants view sketches of either socially embarrassing or neutral situations and rate them for the degree of embarrassment. After the session the participants completed measures of compassionate love and interpersonal reactivity.

They found that while viewing the sketches of socially embarrassing situations there were increased activations of the anterior insula, anterior cingulate cortex, medial prefrontal cortex and temporal pole of the brain in both groups. These are all areas of the brain that have been associated with empathy and compassion processing. But the meditators who meditated immediately before the task had a significantly reduced activation of the anterior insula and the greater the level of the individual’s trait compassion, the lower the levels of activation.

The insula has been suspected to be involved in empathy and interoceptive awareness; the ability to be aware of one’s internal state. The results, then suggest that the immediate, short-term effects of meditation in practiced meditators is to reduce the awareness of their internal responses to observing embarrassment. The meditating participants, nevertheless, rated the situations as equivalently embarrassing as the non-meditating meditators and the non-meditators. This suggests that all participants reacted with similar levels of empathy but perhaps different levels of physiological arousal.

It is interesting that long-term meditation did not appear to alter empathy or the brains response to socially embarrassing situations. But, on the short-term, the immediate effects of meditation is to reduce the brains response. Meditation is known to reduce arousal and this may underly the lower responses in the insula. After meditation, the participants are simply more relaxed and less responsive to physiological arousal but equally able to comprehend the embarrassing situations effect.

Mindfulness has been shown to reduce stress, promote health, and well‐being, as well as to increase compassionate behavior toward others. It reduces distress to one’s own painful experiences, going along with altered neural responses, by enhancing self‐regulatory processes and decreasing emotional reactivity. In order to investigate if mindfulness similarly reduces distress and neural activations associated with empathy for others’ socially painful experiences, which might in the following more strongly motivate prosocial behavior, the present study compared trait, and state effects of long‐term mindfulness meditation (LTM) practice. To do so we acquired behavioral data and neural activity measures using functional magnetic resonance imaging (fMRI) during an empathy for social pain task while manipulating the meditation state between two groups of LTM practitioners that were matched with a control group. The results show increased activations of the anterior insula (AI) and anterior cingulate cortex (ACC) as well as the medial prefrontal cortex and temporal pole when sharing others’ social suffering, both in LTM practitioners and controls. However, in LTM practitioners, who practiced mindfulness meditation just prior to observing others’ social pain, left AI activation was lower and the strength of AI activation following the mindfulness meditation was negatively associated with trait compassion in LTM practitioners. The findings suggest that current mindfulness meditation could provide an adaptive mechanism in coping with distress due to the empathic sharing of others’ suffering, thereby possibly enabling compassionate behavior.