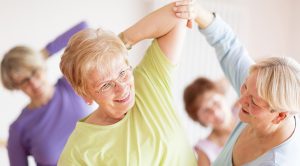 “Yoga can do more than just relax your body in mind — especially if you’re living with diabetes. Certain poses may help lower blood pressure and blood sugar levels while also improving circulation, leading many experts to recommend yoga for diabetes management.” – Healthline

In today’s Research News article “Efficacy of a Validated Yoga Protocol on Dyslipidemia in Diabetes Patients: NMB-2017 India Trial.” (See summary below or view the full text of the study at: https://www.ncbi.nlm.nih.gov/pmc/articles/PMC6963794/), Nagarathna and colleagues recruited a stratified sample of adult patients with Type 2 Diabetes and assigned them to receive yoga training that was specifically designed for the treatment of diabetes and consisted of 9 days of 2-hour training sessions followed by daily 1-hour practice at home guided by DVD. They were measured before training and 3 months later for body size and blood was drawn and assayed for fasting blood glucose, glycated hemoglobin (HbA1c), total cholesterol, triglycerides, LDL, VLDL, and HDL.

These results are interesting but the lack of a comparison (control) conditions limits their significance. But prior controlled studies have shown the yoga practice produces significant improvements in the symptoms of Type 2 Diabetes. So, the present results likely also reflect the effects of yoga practice and not a confounding variable.

The results suggest that yoga practice can reduce Dyslipidemia in Type 2 Diabetes patients. It would be useful to follow up these patients to see if the treatment improves the patients’ overall health and reduces heart disease. The reduction in Dyslipidemia would predict such benefits.

So, improve blood fat levels in Type 2 Diabetes with yoga.

Background: Dyslipidemia is considered a risk factor in Type 2 diabetes mellitus (T2DM) resulting in cardio-vascular complications. Yoga practices have shown promising results in alleviating Type 2 Diabetes pathology. Method: In this stratified trial on a Yoga based lifestyle program in cases with Type 2 diabetes, in the rural and urban population from all zones of India, a total of 17,012 adults (>20 years) of both genders were screened for lipid profile and sugar levels. Those who satisfied the selection criteria were taught the Diabetes Yoga Protocol (DYP) for three months and the data were analyzed. Results: Among those with Diabetes, 29.1% had elevated total cholesterol (TC > 200 mg/dL) levels that were higher in urban (69%) than rural (31%) Diabetes patients. There was a positive correlation (p = 0.048) between HbA1c and total cholesterol levels. DYP intervention helped in reducing TC from 232.34 ± 31.48 mg/dL to 189.38 ± 40.23 mg/dL with significant pre post difference (p < 0.001). Conversion rate from high TC (>200 mg/dL) to normal TC (<200 mg/dL) was observed in 60.3% of cases with Type 2 Diabetes Mellitus (T2DM); from high LDL (>130 mg/dL) to normal LDL (<130 mg/dL) in 73.7%; from high triglyceride (>200 mg/dL) to normal triglyceride level (<200 mg/dL) in 63%; from low HDL (<45 mg/dL) to normal HDL (>45 mg/dL) in 43.7% of T2DM patients after three months of DYP. Conclusions: A Yoga lifestyle program designed specifically to manage Diabetes helps in reducing the co-morbidity of dyslipidemia in cases of patients with T2DM.