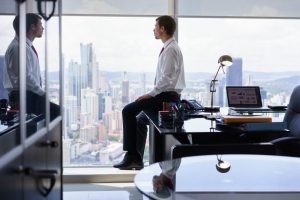 Have Higher Job Satisfaction with Cancer Survivors with Spirituality

“Although addressing spiritual concerns is often considered an end-of-life issue, such concerns may arise at any time after diagnosis. Acknowledging the importance of these concerns and addressing them, even briefly, at diagnosis may facilitate better adjustment throughout the course of treatment and create a context for richer dialogue later in the illness.” – National Cancer Institute

Over half of the people diagnosed with cancer are still alive 10 years later and this number is rapidly increasing. It is estimated that 15 million adults and children with a history of cancer are alive in the United States today. Cancer survivors are often challenged with a wide range of residual issues including chronic pain, sleep disturbance, sexual problems, loss of appetite, and chronic fatigue. Cancer survivors are also at greater risk for developing second cancers and other health conditions. Hence there is a need to identify safe and effective treatments for the physical, emotional, and financial hardships that can persist for years after diagnosis and treatment.

Mindfulness training has been shown to help with cancer recovery and help to alleviate many of the residual physical and psychological symptoms, including fatigue, stress,  sleep disturbance, and anxiety and depression. In addition, religion and spirituality become much more important to people when they’re diagnosed with cancer or when living with cancer. It is thought that people take comfort in the spiritual when facing mortality. Hence, spirituality may be a useful tool for the survivors of cancer to cope with their illness. A very important issue for cancer survivors is returning to work. Thus, there is a need to study the relationships of spirituality to cancer survivors’ ability to adjust to their work situations.

In today’s Research News article “.” The Mediating Effect of Workplace Spirituality on the Relation between Job Stress and Job Satisfaction of Cancer Survivors Returning to Work. (See summary below or view the full text of the study at: https://www.ncbi.nlm.nih.gov/pmc/articles/PMC6846173/), Jin and Lee recruited cancer survivors who had returned to work for at least 6 months following treatment. They completed measures of job stress, job satisfaction, and workplace spirituality.

These findings are correlational and as such causation cannot be determined. But it can be speculated that for cancer survivors stress on the job is detrimental to satisfaction with the job and that being spiritual helps to buffer the influence of stress on satisfaction. Hence, being spiritual may help cancer survivors to better weather stress effects and thus be happier with their work. This may assist the survivors in overcoming some of the residual problems and being better able to return to their occupations.

So, have higher job satisfaction with cancer survivors with spirituality/

“Spirituality and religion can be important to the well-being of people who have cancer, enabling them to better cope with the disease. Spirituality and religion may help patients and families find deeper meaning and experience a sense of personal growth during cancer treatment, while living with cancer, and as a cancer survivor.” – National Comprehensive Cancer Network