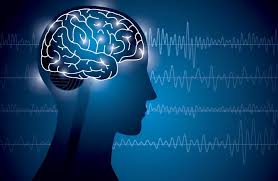 “Using modern technology like fMRI scans, scientists have developed a more thorough understanding of what’s taking place in our brains when we meditate. The overall difference is that our brains stop processing information as actively as they normally would.” – Belle Beth Cooper

There has accumulated a large amount of research demonstrating that meditation practice has significant benefits for psychological, physical, and spiritual wellbeing. One way that meditation practices may produce these benefits is by altering the brain. The nervous system is a dynamic entity, constantly changing and adapting to the environment. It will change size, activity, and connectivity in response to experience. These changes in the brain are called neuroplasticity. Over the last decade neuroscience has been studying the effects of contemplative practices on the brain and has identified neuroplastic changes in widespread areas. In other words, meditation practice appears to mold and change the brain, producing psychological, physical, and spiritual benefits.

It is important to understand what are the exact changes in the brain that are produced by meditation. In today’s Research News article “Characterizing the Dynamical Complexity Underlying Meditation.” (See summary below or view the full text of the study at: https://www.ncbi.nlm.nih.gov/pmc/articles/PMC6637306/), Escrichs and colleagues recruited experienced adult meditators with at least 1000 hours of meditation experience and an ongoing practice and a matched group of non-meditators. They underwent functional Magnetic Resonance Imaging (fMRI) at rest and again when performing breath focused meditation. The scans were then analyzed with Intrinsic Ignition Framework that measures the degree of elicited whole-brain integration of spontaneously occurring events across time, in other words the complexity of information processing going on in the nervous system.

Over the past 2,500 years, contemplative traditions have explored the nature of the mind using meditation. More recently, neuroimaging research on meditation has revealed differences in brain function and structure in meditators. Nevertheless, the underlying neural mechanisms are still unclear. In order to understand how meditation shapes global activity through the brain, we investigated the spatiotemporal dynamics across the whole-brain functional network using the Intrinsic Ignition Framework. Recent neuroimaging studies have demonstrated that different states of consciousness differ in their underlying dynamical complexity, i.e., how the broadness of communication is elicited and distributed through the brain over time and space. In this work, controls and experienced meditators were scanned using functional magnetic resonance imaging (fMRI) during resting-state and meditation (focused attention on breathing). Our results evidenced that the dynamical complexity underlying meditation shows less complexity than during resting-state in the meditator group but not in the control group. Furthermore, we report that during resting-state, the brain activity of experienced meditators showed higher metastability (i.e., a wider dynamical regime over time) than the one observed in the control group. Overall, these results indicate that the meditation state operates in a different dynamical regime compared to the resting-state.