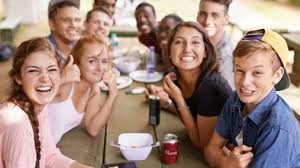 Teen Health and Life Satisfaction are Associated with Spirituality

“While adolescents may question or review their spirituality, it remains a critical aspect of adolescent stability. . . studies of religiosity have found a positive correlation with an adolescent sense of well-being, positive life attitudes, altruism, resiliency, school success, health and positive identity, as well as a negative correlation with alcohol and drug use, delinquency, depression, excessive risk-taking and early sexual activity.” – Kenneth Doka

In today’s Research News article “Spirituality but not Religiosity Is Associated with Better Health and Higher Life Satisfaction among Adolescents.” (See summary below or view the full text of the study at: https://www.ncbi.nlm.nih.gov/pmc/articles/PMC6313303/), Dankulincova Veselska and colleagues employed the data from a large representative sample of adolescents from Slovakia in the 5th through 9th grades. They completed measures of physical and psychological health, life satisfaction, religiosity, spirituality, and family affluence.

This study was correlational and as such conclusions regarding causation cannot be reached. But, the adolescents’ levels of religiosity (church attendance and importance of faith) were not related to their physical or psychological health or life satisfaction, suggesting that simply being religious is not sufficient to enhance well-being. But being spiritual (have meaning in life, connections to nature) is associated with the youths’ well-being.

So, teen health and life satisfaction are associated with spirituality.

“Spiritual health has long been recognised as an important component in maintaining overall health and wellbeing, with a growing body of research which supports linkages between mindfulness-based practices and positive mental health and resilience.” – HBSC News