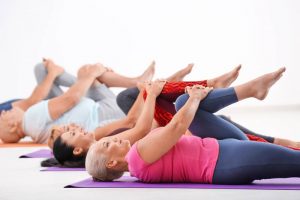 Diabetes is a major health issue. It is estimated that 30 million people in the United States and nearly 600 million people worldwide have diabetes and the numbers are growing. Type II Diabetes results from a resistance of tissues, especially fat tissues, to the ability of insulin to promote the uptake of glucose from the blood. As a result, blood sugar levels rise producing hyperglycemia. Diabetes is heavily associated with other diseases such as cardiovascular disease, heart attacks, stroke, blindness, kidney disease, circulatory problems leading to amputations and pulmonary issues known as “Diabetic Lung.” As a result, diabetes doubles the risk of death of any cause compared to individuals of the same age without diabetes.

Type 2 diabetes is a common and increasingly prevalent illness that is largely preventable. One of the reasons for the increasing incidence of Type 2 Diabetes is its association with overweight and obesity which is becoming epidemic in the industrialized world. A leading cause of this is a sedentary life style. Unlike Type I Diabetes, Type II does not require insulin injections. Instead, the treatment and prevention of Type 2 Diabetes focuses on diet, exercise, and weight control. Recently, mindfulness practices have been shown to be helpful in managing diabetes. A mindfulness practice that combines mindfulness with exercise is yoga and it has been shown to be helpful in the treatment of Type II Diabetes. The extent to which yoga practice might also help with “Diabetic Lung” has not been well studied.

In today’s Research News article “Effectiveness of Adjuvant Yoga Therapy in Diabetic Lung: A Randomized Control Trial.” (See summary below or view the full text of the study at: https://www.ncbi.nlm.nih.gov/pmc/articles/PMC6521747/), Balaji and colleagues recruited diabetic patients whose lung function was less than 70% of normal. They were randomly assigned to receive either medical care as usual or to receive usual medical care and additional yoga therapy 3 times per week for 4 months. The yoga therapy included poses, relaxation, breathing exercises, and special postures designed to improve lung function. The participants were measured before and after the 4-month intervention for body size, and pulmonary function.

They found that compared to baseline and medical care as usual, after yoga practice there was a significant reduction in body weight and Body Mass Index (BMI) and a significant improvement in lung function including improvements in forced expiratory volume, forced vital capacity, and their ratio. Hence yoga therapy appears to be a safe and effective therapy for patients with “Diabetic Lung.”

In the present study the control condition did not include an exercise condition. So, it cannot be determined whether the exercise associated with the yoga practice or the other components of the practice were responsible for the improvements. But it is clear from this randomized controlled trial that yoga practice designed to improve lung function is a safe and effective treatment for diabetic patients with “Diabetic Lung.”

“Although regular exercise can help, yoga for diabetes provides unique benefits that can effectively restore the body to a state of natural health and proper function.” – Yoga U

To study the effect of adjuvant yoga therapy in diabetic lung through spirometry.

72 patients of diabetic lung as confirmed by spirometry (<70% of expected) were randomized into control group (n=36) who received only standard medical treatment and yoga group (n=36) who received yoga training thrice weekly for 4 months along with standard medical management. Yoga therapy protocol included yogic counseling, preparatory practices, Asanas or static postures, Pranayama or breathing techniques and relaxation techniques. Hathenas of the Gitananda Yoga tradition were the main practices used. Spirometry was done at the end of the study period. Data was analyzed by Student’s paired and unpaired ‘t’ test as it passed normality.

It is concluded from the present RCT that yoga has a definite role as an adjuvant therapy as it enhances standard medical care and hence is even more significant in routine clinical management of diabetes, improving physical condition and pulmonary function.

One thought on “Improve “Diabetic Lung” with Yoga Therapy”