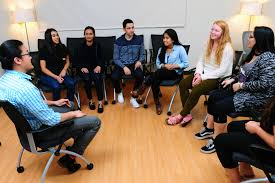 Improve Depression by Changing the Brain with Mindfulness

“mindfulness-based cognitive therapy is just as effective as medication in preventing depression relapse among adults with a history of recurrent depression, and in reducing depressive symptoms among those with active depression.” – Deborah Yip

Being depressed and not responding to treatment or relapsing is a terribly difficult situation. The patients are suffering, and nothing appears to work to relieve their intense depression. Suicide becomes a real possibility. So, it is imperative that other treatments be identified that can relieve the suffering. Mindfulness training has been shown to be an effective treatment for depression and its recurrence and even in the cases where drugs fail.

The most used mindfulness technique for the treatment of depression is Mindfulness-Based Cognitive Therapy (MBCT).  MBCT involves mindfulness training, containing sitting and walking meditation and body scan, and cognitive therapy to alter how the patient relates to the thought processes that often underlie and exacerbate psychological symptoms. MBCT has been shown to be as effective as antidepressant drugs in relieving the symptoms of depression and preventing depression reoccurrence and relapse. In addition, it appears to be effective as either a supplement to or a replacement for these drugs. It is unclear, however if MBCT is also effective in treating late life depression in the elderly.

In today’s Research News article “Mindfulness-Based Cognitive Therapy Regulates Brain Connectivity in Patients With Late-Life Depression.” (See summary below or view the full text of the study at: https://www.ncbi.nlm.nih.gov/pmc/articles/PMC8882841/ ) Li and colleagues recruited older adults (over 60 years of age) with late life depression and randomly assigned them to receive 8 weekly sessions of Mindfulness-Based Cognitive Therapy (MBCT) with daily home practice or treatment as usual. They were measured before and after training and 3 months later for depression, anxiety, and cognitive function, they also underwent functional magnetic resonance imaging (fMRI).

These findings suggest that Mindfulness-Based Cognitive Therapy (MBCT) is a safe and effective treatment for late life depression. But they also suggest that changes in the connectivity between brain areas may underlie the improvements in depression.

So, change the brain to improve late life depression with mindfulness.

Late-life depression (LLD) is an important public health problem among the aging population. Recent studies found that mindfulness-based cognitive therapy (MBCT) can effectively alleviate depressive symptoms in major depressive disorder. The present study explored the clinical effect and potential neuroimaging mechanism of MBCT in the treatment of LLD. We enrolled 60 participants with LLD in an 8-week, randomized, controlled trial (ChiCTR1800017725). Patients were randomized to the treatment-as-usual (TAU) group or a MBCT+TAU group. The Hamilton Depression Scale (HAMD) and Hamilton Anxiety Scale (HAMA) were used to evaluate symptoms. Magnetic resonance imaging (MRI) was used to measure changes in resting-state functional connectivity and structural connectivity. We also measured the relationship between changes in brain connectivity and improvements in clinical symptoms. HAMD total scores in the MBCT+TAU group were significantly lower than in the TAU group after 8 weeks of treatment (p < 0.001) and at the end of the 3-month follow-up (p < 0.001). The increase in functional connections between the amygdala and middle frontal gyrus (MFG) correlated with decreases in HAMA and HAMD scores in the MBCT+TAU group. Diffusion tensor imaging analyses showed that fractional anisotropy of the MFG-amygdala significantly increased in the MBCT+TAU group after 8-week treatment compared with the TAU group. Our study suggested that MBCT improves depression and anxiety symptoms that are associated with LLD. MBCT strengthened functional and structural connections between the amygdala and MFG, and this increase in communication correlated with improvements in clinical symptoms.