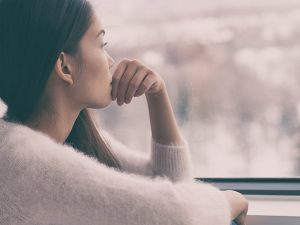 Depression and other mood disorders are the number-one risk factor for suicide. More than 90% of people who kill themselves have a mental disorder, whether depression, bipolar disorder or some other diagnosis. So, the best way to prevent suicide may be to treat the underlying cause. For many this means treating depression.

Spirituality is defined as “one’s personal affirmation of and relationship to a higher power or to the sacred. There have been a number of studies of the influence of spirituality on the physical and psychological well-being of practitioners mostly showing positive benefits, with spirituality encouraging personal growth and mental health. Spirituality may help to provide meaning and prevent suicide. But there is scant research on the relationship of spirituality and religiosity and suicide.

In today’s Research News article “Comparison of religiosity and spirituality in patients of depression with and without suicidal attempts.” (See summary below or view the full text of the study at: https://www.ncbi.nlm.nih.gov/pmc/articles/PMC8221206/ ) Dua and colleagues

CMCS – Center for Mindfulness and Contemplative Studies recruited 2 groups of patients both with depression and suicidal ideation and one with an additional suicide attempt. They also recruited age and gender matched healthy control participants. They completed measures of the depression, impulsivity, hopelessness, anxiety, irritability, mania, suicide severity, centrality of religion and spiritual attitudes.

They found that the depressed groups did not differ in purpose, hope, and organized, nonorganized religious activities and intrinsic religiosity. On the other hand, patients with suicidal ideation generally had a family history of suicide. Patients who had attempted suicide were significantly higher in hopelessness and suicide ideation and lower on social support than patients who had nor attempted suicide. They also had significantly higher levels of negative religious coping. Compared to the healthy controls the depressed groups were significantly lower in religiosity. They also found that the lower the levels of religiosity the greater the levels of suicidal ideation and the higher the number of suicide attempts. But, in the suicide attempters higher levels of ideological religiosity was associated with greater severity of suicide ideation.

These are interesting but correlative findings and as such causation cannot be determined. Nevertheless, the results suggest that spirituality, although associated with lower depression, is not significantly related to suicide ideation or attempts. On the other hand, negative religious coping, ideological religiosity, and low religiosity were. In other words, being religious, in general is not a problem. But adhering to the ideology or using negative religious coping are associated with suicidality.

Negative religious coping involves struggling with religion, questioning, guilt, and perceived distance from and negative views of god. This type of coping does not provide support in times of psychological distress and in fact may exacerbate feelings of hopelessness. Regardless, it appears that non-spiritual uses and ideas about religion and god my be associated with more thoughts about suicide and an increased likelihood of attempting suicide.

So, spirituality is related to reduced depression but negative religiosity is associated with suicidality.

“Whether your depression manifests itself as a loss of appetite, decreased sense of self-worth, lost productivity, feelings of helplessness, prolonged worry or any other symptom, spirituality can absolutely help an individual along their journey toward purpose.” – Pyramid Healthcare

Compared with healthy controls, patients with depression have lower levels of religiosity and spirituality. In the presence of comparable severity of depression, higher use of negative religious coping is associated with suicide attempts.