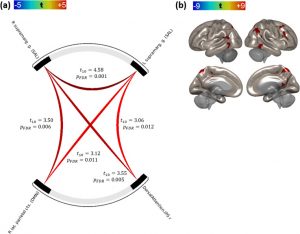 Change the Brain with Mindfulness Apps

Mindfulness training has been shown through extensive research to be effective in improving physical and psychological health and particularly with reducing the physical and psychological reactions to stress and increasing resilience in the face of stress. There are a number of ways that meditation practices produce these benefits, including changes to the brain and physiology. The nervous system changes in response to how it is used and how it is stimulated in a process called neuroplasticity. Highly used areas grow in size, metabolism, and connectivity. Mindfulness practices in general are known to produce these kinds of changes in the structure and activity of the brain.

The vast majority of the mindfulness training techniques, however, require a trained teacher. The participants must be available to attend multiple sessions at particular scheduled times that may or may not be compatible with busy employee schedules and at locations that may not be convenient. As an alternative, apps for smartphones have been developed. These have tremendous advantages in decreasing costs, making training schedules much more flexible, and eliminating the need to go repeatedly to specific locations. But the question arises as to the effectiveness of these apps and their ability to produce neuroplastic changes in the brain.

In today’s Research News article “The Impact of App-Delivered Mindfulness Meditation on Functional Connectivity and Self-Reported Mindfulness Among Health Profession Trainees.” (See summary below or view the full text of the study at: https://www.ncbi.nlm.nih.gov/pmc/articles/PMC7543678/ ) Smith and colleagues recruited surgery residents and physicians assistant students and randomly assigned them to a wait-list control condition or to practice mindfulness meditation for 12 minutes per day for 8 weeks  guided by the “10% Happier” smartphone app. They were measured before and after training for mindfulness with the Five Facets of Mindfulness Questionnaire and had their brains scanned with a resting state functional Magnetic Resonance Imaging (fMRI).

So, change the brain with mindfulness Apps.

“meditation, which changes the brain for the better, is a very specific technique rooted in age old philosophies. How meditation apps work on the brain has been debated, but a recent study . . .  shows that mindfulness changes cells in the brain.” – Sophia Quaglia

PA students and residents were randomized to receive a popular meditation app or to wait-list control group. Before and after the 8-week meditation period, we acquired fMRI scans of participants’ resting state, and participants completed a self-report measure of mindfulness. We used a 2 × 2, within- and between-group factorial design and leveraged a whole-brain connectome approach to examine changes in within- and between-network connectivity across the entire brain, and to examine whether changes in connectivity were associated with app use or to changes in self-reported mindfulness.

Meditation practitioners exhibited significantly stronger connectivity between the frontoparietal network and the left and right nucleus accumbens and between the default mode (DMN) and salience networks, among other regions. Mindfulness practice time was correlated with increased connectivity between the lateral parietal cortex and the supramarginal gyrus, which were also positively correlated with increased scores on the “Describing” subscale of the Five Facet Mindfulness Questionnaire between baseline and post-meditation. These findings are consistent with previous research indicating that mindfulness-based interventions alter functional connectivity within the DMN and between the DMN and other networks both during meditation and at rest, as well as increased connectivity in systems important for emotion and reward.

Recent commentaries call for healthcare provider and trainee wellness programs that are sustainable and preventive in nature rather than reactive; these data indicate that even brief sessions of app-delivered mindfulness practice are associated with functional connectivity changes in a dose-dependent manner.