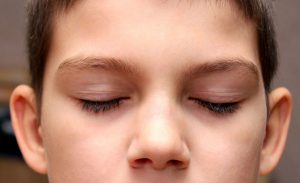 “Through mindfulness, individuals start to see their thoughts as less powerful. These distorted thoughts – such as “I always make mistakes” or “I’m a horrible person” – start to hold less weight. . . We ‘experience’ thoughts and other sensations, but we aren’t carried away by them. We just watch them come and go.” – Margarita Tartakovsky

Clinically diagnosed depression is the most common mental illness, affecting over 6% of the population. Major depression can be quite debilitating. Depression can be difficult to treat and is usually treated with anti-depressive medication. But, of patients treated initially with drugs only about a third attained remission of the depression. After repeated and varied treatments including drugs, therapy, exercise etc. only about two thirds of patients attained remission. But drugs often have troubling side effects and can lose effectiveness over time.

Many patients who achieve remission have relapses and recurrences of the depression. Even after remission some symptoms of depression including anxiety may still be present (residual symptoms). Obviously, there is a need for alternative treatments that can not only address depression but also the residual symptoms present during remission. Mindfulness training has been shown to be an effective treatment for depression and its recurrence and even in the cases where drugs fail. But there is a need to explore whether mindfulness training can also assist with the residual symptoms present during remission, including anxiety.

In today’s Research News article “Modulation of respiration pattern variability and its relation to anxiety symptoms in remitted recurrent depression.” (See summary below or view the full text of the study at: https://www.ncbi.nlm.nih.gov/pmc/articles/PMC7358718/) Zamoscik and colleagues recruited patients with at least 2 bouts of recurrent depression who were in remission for at least 2 months. They were randomly assigned to receive 4-week programs of either mindfulness training or progressive muscle relaxation training. Mindfulness training consisted of breath following and body scan meditations and breathing exercises. Before and after training they were measured for well-being and anxiety. They also had their brains scanned with functional Magnetic Resonance Imaging (fMRI) and respiration pattern variability was measured for 4.5 minutes during a sad mood induction by cuing memories of 3 negative life events.

They found that in comparison to the progressive muscle relaxation group, the group that received mindfulness training had significantly reduced variability of respiration. In addition, respiratory variability was associated with anxiety levels particularly in participants who were high in anxiety at baseline.

So, improve physiological symptoms related to anxiety in remitted depression with mindfulness.

“Mindfulness and other meditations, particularly combined with cognitive therapy, work just as well for anxiety or depression as the medications do, but they don’t have those side effects,”- Daniel  Goleman

Depression is related to default mode network (DMN) connectivity and higher respiration pattern variability (RPV). In addition, DMN connectivity and RPV are interrelated and predict a poorer clinical course of depression. The association of RPV and depression might further be boosted by anxiety levels. Aim of the present study was to investigate whether a mindfulness-based training in emotionally challenged remitted depressed participants (rMDD) leads to reduced DMN connectivity and lower RPV, and if RPV interacts with anxiety levels.

To challenge participants, sad mood was induced with keywords of personal negative life events in 49 rMDD during fMRI before and after a 4-week mindfulness-based attention training (MBAT) or progressive muscle relaxation. Respiration was measured by means of a built-in respiration belt.

After both trainings, rMDD showed no significant changes in DMN connectivity. However, MBAT was effective in reducing the RPV which was related to lower anxiety levels especially in high anxious individuals.

RPV can be influenced by training which may hint to an underlying biological pathway of training effects. Importantly, these effects seem to be associated with anxiety levels. Therefore, respiration focused training might be an important tool assisting the treatment of depression and anxiety.