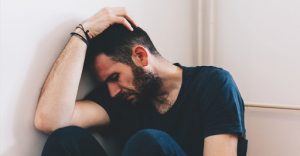 In today’s Research News article “Exploring Gender Differences in the Relationship between Dispositional Mindfulness and Compulsive Sexual Behavior among Adults in Residential Substance Use Treatment.” (See summary below or view the full text of the study at: https://www.ncbi.nlm.nih.gov/pmc/articles/PMC6884324/) Brem and colleagues examined the records for patients admitted into residential substance abuse treatment facilities. The completed measures of alcohol use and problems, drug use and problems, and psychiatric symptomology. Mindfulness was measured over 5 domains: acting with awareness, observation of experience, describing with words, non-judging of inner experience, and non-reactivity to inner experience). Compulsive sexual behavior was measured over five domains: preoccupation, loss of control, affect disturbance, relationship disturbance, and internet problems.

These results are interesting but correlational, so caution must be exercised in reaching conclusions regarding causation. But they do suggest that for men describing with words, and non-reactivity to inner experience are more important than for women in being related to compulsive sexual behavior.

This further suggests that compulsive sexual behavior occurs predominantly without real time awareness and hence mindfulness may be an important antidote to compulsive sexual behavior. But what facets of mindfulness are most important differs between the genders. So, in developing therapeutic programs for the treatment of substance abuse disorders, mindfulness training programs might be tailored differently for men and women.

“findings tentatively support the usefulness of mindfulness in the effective treatment of sex addiction. In addition to helping bring about a reduction in dysfunctional sex-related actions, fantasies and thoughts, mindfulness training may help affected individuals gain improved emotional control, an increased ability to handle stressful situations and improved resistance to any potentially damaging sex-related urges that arise.” – The Ranch

Compulsive sexual behavior (CSB) is overrepresented among adults with substance use disorders (SUD), yet there is no empirically supported CSB treatment for this population. Cross-sectional and single case designs supported dispositional mindfulness as a potential CSB intervention target. However, the relations between CSB and each of the five dispositional mindfulness facets remain unknown.

Extending prior research to inform intervention efforts, we reviewed medical records for 1993 adults (77.6% male) in residential treatment for SUD to examine gender differences in the relations between dispositional mindfulness facets (acting with awareness, observation of experience, describing with words, non-judging of inner experience, and non-reactivity to inner experience) and five CSB indicators (loss of control, relationship disturbance, preoccupation, affect disturbance, and internet problems).

Mindfulness-based CSB interventions should evaluate the benefit of increasing intentional responses towards present-moment experiences among adults with SUD. Targeting alcohol/drug misuse, negative affect, and judgement towards thoughts and emotions may be beneficial.