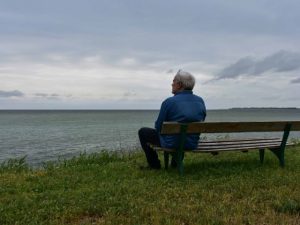 “Living resiliently represents a whole new way of being and doing. It isn’t just for the hard times — it’s for all times. Empowering us to live, love, and work adventurously in the face of change, it builds a well from which we can draw for the rest of our lives.” – Lynda Klau

Depression affects over 6% of the population. Depression can be difficult to treat. It is usually treated with antidepressant medication. But, of patients treated initially with drugs only about a third attained remission of the depression. Even after remission there are a number of symptoms that remain. These include lingering dysphoria, impaired psychosocial functioning, fatigue, and decreased ability to work. These residual symptoms can lead to relapse.

Mindfulness training is an alternative treatment for depression. It has been shown to be an effective treatment for depression and its recurrence and even in the cases where drugs fail. Acceptance and Commitment Therapy (ACT) is a mindfulness-based psychotherapy technique that is employs many of the techniques of Cognitive Behavioral Therapy (CBT). ACT focuses on the individual’s thoughts, feelings, and behavior and how they interact to impact their psychological and physical well-being. It then works to change thinking to alter the interaction and produce greater life satisfaction. ACT employs mindfulness practices to increase awareness and develop an attitude of acceptance and compassion in the presence of painful thoughts and feelings. ACT teaches individuals to “just notice”, accept and embrace private experiences and focus on behavioral responses that produce more desirable outcomes.

It is not known how Acceptance and Commitment Therapy (ACT) might affect the residual symptoms in individuals in remission from depression. In today’s Research News article “Psychological Flexibility in Depression Relapse Prevention: Processes of Change and Positive Mental Health in Group-Based ACT for Residual Symptoms.” (See summary below or view the full text of the study at: https://www.ncbi.nlm.nih.gov/pmc/articles/PMC7119364/), Østergaard and colleagues recruited patients in remission from major depressive disorder and provided them with 8 weekly sessions of group based Acceptance and Commitment Therapy (ACT). They were measured before and after ACT and 6 months and 1 year later for psychiatric symptoms, mental health depression, cognitive defusion, flexibility, values, engaged living and mindfulness.

Psychological flexibility is the ability to make changes in behavior in order to produce positive effects. It’s the individual’s ability to avoid rumination and brooding over negative emotions that contribute to depression. In this way psychological flexibility contributes to maintaining positive mental health. The study shows that ACT directly reduces residual symptoms and also increases psychological flexibility which in turn reduces residual symptoms in patients in remission from major depressive disorder. It is important to note that these benefits produced by ACT were enduring lasting over the year of testing. Hence, treatment with ACT  should reduce the likelihood of future depressive episodes.

So, mindfulness improves flexibility which improves residual symptoms of depression.

“Mindfulness is a shallow description of a much larger process that makes us resilient when bad things happen.” – Michael Unger

Relapse rates following a depressive episode are high, with limited treatments available aimed at reducing such risk. Acceptance and commitment therapy (ACT) is a cognitive-behavioral approach that has gained increased empirical support in treatment of depression, and thus represents an alternative in relapse prevention. Psychological flexibility (PF) plays an important role in mental health according to the model on which ACT is based. This study aimed to investigate the role of PF and its subprocesses in reducing residual symptoms of depression and in improving positive mental health following an 8-week group-based ACT treatment. Adult participants (75.7% female) with a history of depression, but currently exhibiting residual symptoms (N = 106) completed measures before and after intervention, and at 6 and 12-month follow-up. A growth curve model showed that positive mental health increased over 12-months. Multilevel mediation modeling revealed that PF significantly mediated these changes as well as the reduction of depressive symptoms, and that processes of acceptance, cognitive defusion, values and committed action, in turn, mediated increased PF.