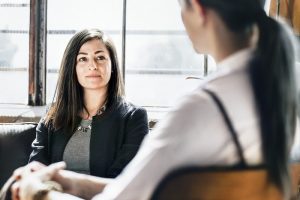 Clinically diagnosed depression is the most common mental illness, affecting over 6% of the population. Major depression can be quite debilitating and difficult to treat. It is usually treated with antidepressant medication. But, of patients treated initially with drugs only about a third attained remission of the depression. After repeated and varied treatments including drugs, therapy, exercise etc. only about two thirds of patients attained remission. But drugs often have troubling side effects and can lose effectiveness over time.

Mindfulness training is an alternative treatment for depression. It has been shown to be an effective treatment for depression and its recurrence and even in the cases where drugs fail. Acceptance and Commitment Therapy (ACT) is a mindfulness-based psychotherapy technique that focuses on the individual’s thoughts, feelings, and behavior and how they interact to impact their psychological and physical well-being. It then works to change thinking to alter the interaction and produce greater life satisfaction. ACT employs mindfulness practices to increase awareness and develop an attitude of acceptance and compassion in the presence of painful thoughts and feelings. ACT teaches individuals to “just notice”, accept and embrace private experiences and focus on behavioral responses that produce more desirable outcomes.

It is possible that Acceptance and Commitment Therapy (ACT) may improve depression by affecting attachment. In today’s Research News article “Explicit and implicit attachment and the outcomes of acceptance and commitment therapy and cognitive behavioral therapy for depression.” (See summary below or view the full text of the study at: https://www.ncbi.nlm.nih.gov/pmc/articles/PMC7137238/),  A-Tjak and colleagues explore this possibility. They recruited adult patients diagnosed with major depressive disorder and randomly assigned them to receive 18 weekly 50 minute sessions of Cognitive Behavioral Therapy (CBT) or Acceptance and Commitment Therapy (ACT). They were measured before and after treatment and 6 months later for depressive symptoms, quality of life, attachment anxiety, and attachment avoidance. Implicit attachment was measured with a card sorting task.

So, improve major depressive disorder with Acceptance and Commitment Therapy.

Attachment theory predicts that patients who are not securely attached may benefit less from psychological treatment. However, evidence on the predictive role of attachment in the effectiveness of treatment for depression is limited.

Our findings show that attachment avoidance as well as reductions in avoidant and anxious attachment predict symptom reduction after psychological treatment for depression. Future research should use larger sample sizes to further examine the role of attachment orientation as moderator and mediator of treatment outcome.