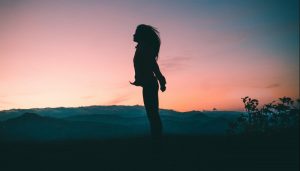 Spirituality is Associated with Greater Resilience in College Students

“for many people, religion, personal beliefs and spirituality are a source of comfort, wellbeing, security, meaning, sense of belonging, purpose and strength.” – World Health Organization

Spirituality is defined as “one’s personal affirmation of and relationship to a higher power or to the sacred. There have been a number of studies of the influence of spirituality on the physical and psychological well-being of practitioners mostly showing positive benefits, with spirituality encouraging personal growth and mental health.

In today’s Research News article “Relationship between aggression and individual resilience with the mediating role of spirituality in academic students – A path analysis.” (See summary below or view the full text of the study at: https://www.ncbi.nlm.nih.gov/pmc/articles/PMC7032025/), Sadeghifard and colleagues recruited university students and had them complete measures of spirituality, aggression, and resilience. They then analyzed the relationships between these variables with structural equation modelling.

The study was correlational. So, causation cannot be determined. Nevertheless, the ability to effectively cope with stress and life’s difficulties, resilience, is an important part of maintaining psychological well-being and resilience appears to be impaired by aggression. Spirituality is known to contribute to psychological well-being and it is related to both lower levels of aggression and higher levels of resilience. It can be speculated that the relationship of spirituality to mental health results from its negative relationship with aggression and its positive relationship with resilience.

“for many people, religion, personal beliefs and spirituality are a source of comfort, wellbeing, security, meaning, sense of belonging, purpose and strength.” – Olivia Goldhill

The importance of spirituality and spiritual growth in humans has been increasingly taken to attention by psychologists and mental health professionals. In this study, we aimed to investigate the relationship between the tendency to aggression and individual resilience also considering the role of mediator of spirituality in academic students by path analysis.

A cross-sectional study was conducted using structural equation method (SEM). The target population consisted all of undergraduate academic students in Ilam, Iran University of Applied Sciences, in 2018. Participants included 200 people whom were selected by stratified random sampling. Data collection tools were demographic, Buss and Perry aggression, spirituality assessment, and resiliency of Connor and Davidson questionnaire. In this study, bivariate analysis was used to determine the directionality correlation between the study variables.