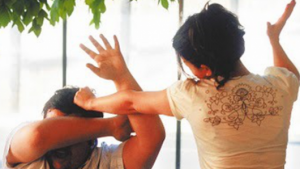 Reduce Dating Violence Due to Perceived Infidelity with Mindfulness

“It takes patience, mindfulness and knowledge of trauma-informed practices to effectively implement lasting and profound changes to victims of domestic and sexual violence.” – Sara Mahoney

Dating should be a time for young people to get together, get to know one another and have fun. But all too often, dating involves violence or aggression. Nearly 1.5 million high school students in the U.S. experience physical abuse from a dating partner each year, 33% are victims of physical, sexual, emotional or verbal abuse from a dating partner, and 10% have been purposefully hit, slapped or physically hurt. Dating violence doesn’t just occur in High School as 43% of college women experience violent or abusive dating behaviors. Sadly, only about a third of the victims ever tell anyone about the abuse. Hence it is important to find ways to prevent dating violence. Mindfulness has potential to reduce dating violence.

Dating violence is often linked to suspicions regarding the infidelity of the partner and frequently to alcohol intake. It is not known if mindfulness in some way affects the influence of infidelity suspicion on physical assault. In today’s Research News article “Dispositional Mindfulness as a Moderator of the Relationship Between Perceived Partner Infidelity and Women’s Dating Violence Perpetration. Journal of interpersonal violence.” (See summary below or view the full text of the study at: https://www.ncbi.nlm.nih.gov/pmc/articles/PMC6944186/), Brem and colleagues investigate the moderating influence of mindfulness on the relationship between perceived infidelity and violence perpetration.

They recruited college women who were involved in a romantic relationship. They were asked to complete measures of physical assault perpetration, mindfulness, perceived partner infidelity, and alcohol use. The majority of perceived infidelity reported consisted of their partner “checking out” or flirting with another.

So, reduce dating violence due to perceived infidelity with mindfulness.

“Although they are not designed specifically to reduce incidences of domestic violence, programs that teach people mindfulness and meditation have shown some promise in reducing incidences of violence in several settings.” – Michael Kraut