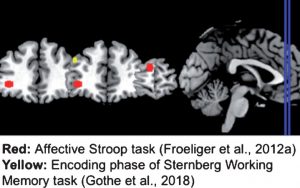 Yoga Practice Changes and Protects the Brain from Aging

“We can talk about anxiety, depression and blood pressure lowering in yoga, all of those are proven. But the biggest thing we see that results from yoga is that your quality of life will change for the better,” – Amy Wheeler

Human life is one of constant change. We revel in our increases in physical and mental capacities during development, but regret their decreases during aging. The aging process involves a systematic progressive decline in every system in the body, the brain included. Starting in the 20s there is a progressive decrease in the volume of the brain as we age. But the nervous system is a dynamic entity, constantly changing and adapting to the environment. It will change size, activity, and connectivity in response to experience. These changes in the brain are called neuroplasticity.

Over the last decade neuroscience has been studying the effects of contemplative practices on the brain and has identified neuroplastic changes in widespread area. and have found that meditation practice appears to mold and change the brain, producing psychological, physical, and spiritual benefits. In addition, they have been able to investigate various techniques that might slow the process of neurodegeneration that accompanies normal aging. They’ve found that mindfulness practices reduce the deterioration of the brain that occurs with aging restraining the loss of neural tissue. Indeed, the brains of practitioners of meditation and yoga have been found to degenerate less with aging than non-practitioners.

The evidence has been accumulating. It is reasonable to pause and summarize what has been learned. In today’s Research News article “Yoga Effects on Brain Health: A Systematic Review of the Current Literature.” (See summary below or view the full text of the study at: https://www.ncbi.nlm.nih.gov/pmc/articles/PMC6971819/), Gothe and colleagues review and summarize the published research studies of the effects of yoga practice on the brain. They found 11 published studies.

They report that the studies that compare the brains of yoga practitioners to non-practitioners and studies that trained participants in yoga have found increases in cortical volume and thickness particularly in the frontal cortex, hippocampus, anterior cingulate cortex and insula. They also found that yoga practice appears to increase the functional connectivity in a series of brain structures labelled as the default mode network. These changes are similar to those observed with other aerobic exercises. Importantly, the changes observed were mainly in the structures that are most affected by aging.

These are important findings that suggest that yoga practice tends to protect or reverse age-related declines in the structure and functions of the nervous system. This could make for a healthier, happier aging process where the elderly retain cognitive abilities as they continue to age.

So, protect the brain from aging with yoga.

Yoga is the most popular complementary health approach practiced by adults in the United States. It is an ancient mind and body practice with origins in Indian philosophy. Yoga combines physical postures, rhythmic breathing and meditative exercise to offer the practitioners a unique holistic mind-body experience. While the health benefits of physical exercise are well established, in recent years, the active attentional component of breathing and meditation practice has garnered interest among exercise neuroscientists. As the scientific evidence for the physical and mental health benefits of yoga continues to grow, this article aims to summarize the current knowledge of yoga practice and its documented positive effects for brain structure and function, as assessed with MRI, fMRI, and SPECT. We reviewed 11 studies examining the effects of yoga practice on the brain structures, function and cerebral blood flow. Collectively, the studies demonstrate a positive effect of yoga practice on the structure and/or function of the hippocampus, amygdala, prefrontal cortex, cingulate cortex and brain networks including the default mode network (DMN). The studies offer promising early evidence that behavioral interventions like yoga may hold promise to mitigate age-related and neurodegenerative declines as many of the regions identified are known to demonstrate significant age-related atrophy.