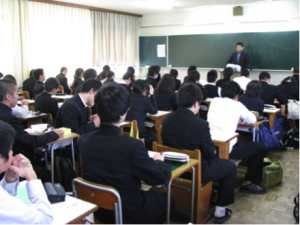 “Being mindful makes it easier to savor the pleasures in life as they occur, helps you become fully engaged in activities, and creates a greater capacity to deal with adverse events,” – Abby Fortin

In the modern world education is a key for success. Where a high school education was sufficient in previous generations, a college degree is now required to succeed in the new knowledge-based economies. There is a lot of pressure on university students to excel so that they can get the best jobs after graduation. This stress might in fact be counterproductive as the increased pressure can actually lead to stress and anxiety which can impede the student’s physical and mental health, well-being, and school performance.

In today’s Research News article “Relationship Between Dispositional Mindfulness and Living Condition and the Well-Being of First-Year University Students in Japan.” (See summary below or view the full text of the study at: https://www.frontiersin.org/articles/10.3389/fpsyg.2019.02831/full?utm_source=F-AAE&utm_medium=EMLF&utm_campaign=MRK_1191386_69_Psycho_20191224_arts_A), Irie and colleagues had first year Japanese college students complete questionnaires measuring mindfulness, well-being, living conditions and daily stressors. These data were then subjected to hierarchical multivariate regression analysis.

So, mindfulness is related to the well-being of first year college students.