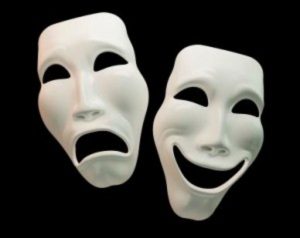 Bipolar Disorder, also known as Manic Depressive Disorder, is a mood disorder characterized by alternating states of extreme depression, relative normalcy, and extreme euphoria (mania). The symptoms of depression and mania are so severe that the individual is debilitated and unable to conduct their normal daily lives. The depression is so severe that suicide occurs in about 1% of cases of Bipolar Disorder. There are great individual differences in Bipolar Disorder. The extreme mood swings can last for a few days to months and can occur only once or reoccur frequently.

Bipolar Disorder affects about 1% of the population throughout the world at any time. But about 3% to 10% of the population may experience it sometime during their lives. It is usually treated with drugs. But these medications are not always effective and can have difficult side effects. Hence, there is a great need for alternative treatments. Mindfulness practices and treatments have been shown to be effective for major mental disorders, including depression and anxiety disorders and to improve the regulation of emotions.

Dialectical Behavior Therapy (DBT) is a mindfulness-based therapy targeted at changing the problem behaviors. Behavior change is accomplished through focusing on changing the thoughts and emotions that precede problem behaviors, as well as by solving the problems faced by individuals that contribute to problematic thoughts, feelings and behaviors. In DBT five core skills are practiced; mindfulness, distress tolerance, emotion regulation, the middle path, and interpersonal effectiveness. So, it makes sense to further study the ability of DBT to treat the symptoms of Bipolar Disorder.

In today’s Research News article “Effectiveness of Dialectical Behavioral Therapy on Executive Function, Emotional Control and Severity of Symptoms in Patients with Bipolar I Disorder.” (See summary below or view the full text of the study at: https://www.ncbi.nlm.nih.gov/pmc/articles/PMC6796294/), Zagar and colleagues recruited patients with Bipolar Disorder Type 1, aged 20-45 years, and were randomly assigned to receive either Dialectical Behavior Therapy (DBT) or no additional treatment. All participants maintained their prescribed drug regimen. DBT was delivered in 12 weekly, 1.5 hour sessions. They were measured before and after treatment and 3 months later for mania, depression, emotional control, and cognitive executive function.

They found that the group receiving Dialectical Behavior Therapy (DBT) had significant reductions in mania and depressed mood following the treatment. These results suggest that DBT is a safe and effective treatment for Bipolar Disorder when provided in addition to drug therapy. No 3-month follow-up measures were reported. Hence, it is not known whether these improvements are lasting. Further research is warranted.

“DBT helps people learn and implement four skills to create what they determine to be a life worth living: mindfulness, the ability to tolerate distress, the ability to regulate emotions, and healthy communication skills.” – Robin Flanigan

Bipolar disorder is a disabling illness characterized by recurrent episodes of mania, hypomania, and depression. The dialectical behaviour therapy (DBT) is basically designed to help regulate excitement, tolerance of discomfort, mindfulness and interpersonal relationships. This study aimed to determine the effectiveness of DBT on executive function, emotional control and symptom relief in patients with type 1 bipolar disorder.

This clinical trial was conducted on 50 patients with type 1 bipolar disorder. These patients were divided into two 25 populated groups of controls and intervention. The control group did not receive any other alternative therapy apart from routine medications, but in the intervention group, in addition to routine medications, DBT treatment was also done as complementary therapy in 12 sessions based on Dick’s protocol. Then, Mania severity, emotional control and their executive functions were evaluated before and after the intervention and compared in two groups.

DBT has been effective in decreasing the intensity of mania, but, it cannot be used to reduce the emotional instability and impulsivity of these patients along with drug therapy although it has improved the executive functions and depression of the patients.