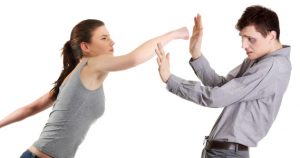 Dating should be a time for young people to get together, get to know one another and have fun. But all too often, dating involves violence or aggression. Nearly 1.5 million high school students in the U.S. experience physical abuse from a dating partner each year, 33% are victims of physical, sexual, emotional or verbal abuse from a dating partner, and 10% have been purposefully hit, slapped or physically hurt. Dating violence doesn’t just occur in High School as 43% of college women experience violent or abusive dating behaviors. Sadly, only about a third of the victims ever tell anyone about the abuse. Hence it is important to find ways to prevent dating violence. Mindfulness has potential to reduce dating violence.

In today’s Research News article “Understanding the Role of Alcohol, Anxiety, and Trait Mindfulness in the Perpetration of Physical and Sexual Dating Violence in Emerging Adults.” (See summary below or view the full text of the study at: https://www.ncbi.nlm.nih.gov/pmc/articles/PMC6579748/), Ngo and colleagues recruited emerging adults (aged 18-25) who were seeking treatment at an emergency department for any reason. They completed measures of alcohol use, mindfulness, anxiety, and perpetration of dating violence including sexual dating violence and physical dating violence.

It needs to be kept in mind that this study is correlational and as such no definitive conclusions regarding causation can be reached. But the results suggest that dating violence, both the physical and sexual forms, are lower when mindfulness is present and when anxiety and alcohol are absent. These may be useful leads for potential interventions to reduce dating violence perpetration in emerging adults by training in mindfulness, dealing with anxiety, and reducing alcohol consumption.

“mindfulness interventions have led to improvements across a range of mental health problems, including domains known to be associated with dating violence.” – Ryan Shorey