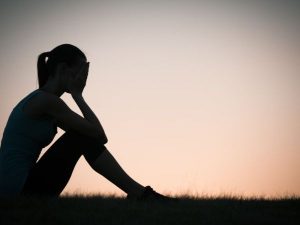 “The pain of depression is quite unimaginable to those who have not suffered it, and it kills in many instances because its anguish can no longer be borne. The prevention of many suicides will continue to be hindered until there is a general awareness of the nature of this pain.”– William Styron

After cancer and heart disease, suicide accounts for more years of life lost than any other cause. Around 43,000 people take their own lives each year in the US. Someone dies from suicide every 12.3 minutes. Worldwide over 800,000 people die by suicide every year. (Suicide Awareness Voices of Education). It is much more prevalent with males who account for 79% of suicides. The problem is far worse than these statistics suggest as it has been estimated that for every completed suicide there were 12 unsuccessful attempts. In other words, about a half a million people in the U.S. attempt suicide each year.

Yet compared with other life-threatening conditions there has been scant research on how to identify potential suicide attempters, intervene, and reduce suicidality. A risk factor for suicide has been found to be an inability to describe and identify emotions, alexithymia. On the other hand, mindfulness training has been shown to reduce suicidality.  Hence, there is a need to further study the relationship of alexithymia and mindfulness in affecting the risk of suicide.

In today’s Research News article “Mindfulness and Suicide Risk in Undergraduates: Exploring the Mediating Effect of Alexithymia.” (See summary below or view the full text of the study at: https://www.ncbi.nlm.nih.gov/pmc/articles/PMC6753216/), Fang and colleagues recruited undergraduate students and measured them for mindfulness, suicide risk, difficulty in identifying feelings, difficulty in describing feelings and alexithymia. They then performed regression and mediation analysis of the data.

It should be noted that the present study was correlational and as such causation cannot be determined. Hopefully future research with investigate the effects of mindfulness training on suicide risk and alexithymia. Nevertheless, the present study verified that being high in mindfulness is associated with being low in the risk of committing suicide. It also verified the that being high in alexithymia is a risk factor for suicide. The new finding here is that mindfulness is associated with reduced suicide risk, in large part, by its association with lower levels of alexithymia.

Ignoring the problems with determining causation it can be speculated that mindfulness makes an individual more sensitive to their internal state and emotions. This is the opposite to the lower sensitivity with alexithymia. This greater sensitivity to the individual’s emotional state produced by mindfulness reduces the likelihood that negative emotions can lead to suicide. Hence, mindfulness may be a protective factor for suicide.

So, reduce suicide risk in young adults with mindfulness.

“Mindful curiosity treats suicidal thoughts for what they are: a symptom, not a truth. They are a symptom that something in you needs healing. . . Mindfulness enables you to recognize just how transitory thoughts are. They come and they go, like clouds before the sun.” – Stacey Freedenthal