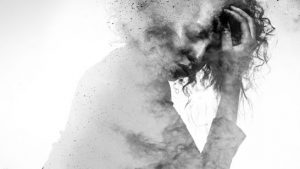 “Instead of getting sucked into our emotions or our thoughts, which is what happens when we’re depressed or anxious, we see them as those thoughts again, or those feelings again, and that disempowers them.” – Daniel Goleman

Depression affects over 6% of the population. Depression can be difficult to treat. It is usually treated with antidepressant medication. But, of patients treated initially with drugs only about a third attained remission of the depression. After repeated and varied treatments including drugs, therapy, exercise etc. only about two thirds of patients attained remission. But drugs often have troubling side effects and can lose effectiveness over time. Being depressed and not responding to treatment or relapsing is a terribly difficult situation. The patients are suffering and nothing appears to work to relieve their intense depression. Suicide becomes a real possibility. So, it is imperative that other treatments be identified that can relieve the suffering.

Mindfulness training is an alternative treatment for depression. It has been shown to be an effective treatment for depression and its recurrence and even in the cases where drugs fail. Acceptance and Commitment Therapy (ACT) is a mindfulness-based psychotherapy technique that is employs many of the techniques of Cognitive Behavioral Therapy (CBT). ACT focuses on the individual’s thoughts, feelings, and behavior and how they interact to impact their psychological and physical well-being. It then works to change thinking to alter the interaction and produce greater life satisfaction. ACT employs mindfulness practices to increase awareness and develop an attitude of acceptance and compassion in the presence of painful thoughts and feelings. ACT teaches individuals to “just notice”, accept and embrace private experiences and focus on behavioral responses that produce more desirable outcomes.

They recruited participants who had a history of depression but were not currently in a depressive episode. They were randomly assigned to receive a single session of either Attention Bias Modification (ABM) training or a control condition that was very similar except that attention to both positive and negative stimuli were equally reinforced. They were then assigned to either receive 8 once a week, 2.5 hour session of Acceptance and Commitment Therapy (ACT) or no treatment. Participants were measured before and after training and each month over the subsequent year for depression, depression relapse, and feasibility and acceptability of treatments.

They found that Attention Bias Modification (ABM) did not significantly affect depression or relapse. On the other hand, Acceptance and Commitment Therapy (ACT) with or without prior Attention Bias Modification (ABM) training produced significant reductions in both self-report and clinician reported levels of depression that continued to decline over the year follow-up period. They also found that over the 12-month follow-up 79% of the participants who received ACT training did not have another depressive episode while only 55% of the control participants did not have a relapse. Hence, ACT significantly reduces depression levels and depression relapse over a year following treatment.

These are impressive results. Acceptance and Commitment Therapy (ACT) is not only a safe and effective mindfulness-based treatment to reduce depression and depression relapse in people with a history of depression but also has a sustained impact lasting for at least a year following treatment. It is unusual for studies to have such long-term follow-up. It is important that ACT has such sustained benefits.

So, produce long-term reductions in depression and depression relapse with mindfulness.

“Mindfulness is a valuable practice for improving the cognitive symptoms of depression, such as distorted thinking and distractibility. It helps individuals recognize these more subtle symptoms, realize that thoughts are not facts and refocus their attention to the present.” –  Margarita Tartakovsky