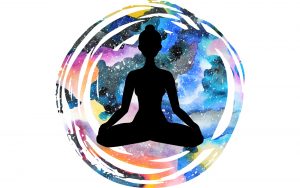 “Trying to harness the mind in meditation is a bit like holding a water wiggly—those tubular, slippery, jelly-filled toys that leap out of your hand whenever you try to hold onto them. With the addition of a psychedelic state of mind, it could be like grasping with a greased hand.” – Paul Austin

Psilocybin is a psychedelic substance that is found naturally in a number of varieties of mushrooms. It has been used for centuries particularly by Native Americans for their spiritual practices. When studied in the laboratory under double blind conditions, Psilocybin has been shown to “reliably occasion deeply personally meaningful and often spiritually significant experiences (e.g. mystical-type experiences).” Since the effects of meditation and psilocybin appear similar, it’s important to look at the effects of the combination of meditation with psilocybin.

In today’s Research News article “.” (See summary below or view the full text of the study at: https://www.ncbi.nlm.nih.gov/pmc/articles/PMC6813317/ ), Smigielski and colleagues recruited experienced adult meditators participating in a 5-day meditation retreat and randomly assigned them to receive either a high dose of psilocybin or a placebo. The participants were matched for age, gender, mindfulness level, and meditation experience. They were administered psilocybin or placebo on the fourth day of the retreat. Before and after and on each day of the retreat they were measured for mindfulness and meditation depth. Six hours after psilocybin or placebo administration they were measured for altered states of consciousness and mystical experiences. Four months after the retreat they were evaluated for changes in behavior by self-report and that of a significant other. They did not observe any adverse events associated with psilocybin administration.

They found that on the day of administration the psilocybin group had significantly greater depth of meditation and after the retreat significantly higher mindfulness. While the drugs were in effect the psilocybin group had large significant increases in altered states of consciousness, including unity, spiritual experience, blissfulness, insightfulness, and disembodiment and large significant increases in mystical experiences, including complex imagery, elementary imagery, audiovisual synesthesia, and changed meaning of percepts. Four months after the retreat the participants who were administered psilocybin had significant changes in behavior documented by themselves and a significant other including significantly greater appreciation for life, self-acceptance, quest for meaning/sense of purpose, and appreciation of death.

Meditation retreats have been shown to increase meditation depth, mindfulness, mystical experiences, and to produce changes in consciousness. The present results suggest that psilocybin administration produces large and significant amplifications of these effects. In fact, the participants who received psilocybin reported that the experience was equivalent to the greatest mystical experiences that they have ever had. Remarkably, the effects of the single administration were enduring, altering and deepening their acceptance of themselves as they are, their appreciation of life and death, and their sense of meaning and purpose. These results suggest that the combination of meditation with psilocybin may be a safe and effective means to improve psychological and spiritual health and well-being.

So, augment mystical experiences in meditation and long-term well-being with psilocybin.

“After the retreat, mushroom-assisted meditators reported less self-consciousness and more illusions and hallucinations than the control group. What’s more, their brains showed alterations in the functioning of the default mode network—a group of interacting brain regions linked to self-awareness and rumination—during open awareness meditation. . . . What is even more remarkable is that experienced meditators in the psilocybin group reported better social functioning four months later.” – Grace Bullock

Meditation and psychedelics have played key roles in humankind’s search for self-transcendence and personal change. However, neither their possible synergistic effects, nor related state and trait predictors have been experimentally studied. To elucidate these issues, we administered double-blind the model psychedelic drug psilocybin (315 μg/kg PO) or placebo to meditators (n = 39) during a 5-day mindfulness group retreat. Psilocybin increased meditation depth and incidence of positively experienced self-dissolution along the perception-hallucination continuum, without concomitant anxiety. Openness, optimism, and emotional reappraisal were predictors of the acute response. Compared with placebo, psilocybin enhanced post-intervention mindfulness and produced larger positive changes in psychosocial functioning at a 4-month follow-up, which were corroborated by external ratings, and associated with magnitude of acute self-dissolution experience. Meditation seems to enhance psilocybin’s positive effects while counteracting possible dysphoric responses. These findings highlight the interactions between non-pharmacological and pharmacological factors, and the role of emotion/attention regulation in shaping the experiential quality of psychedelic states, as well as the experience of selflessness as a modulator of behavior and attitudes. A better comprehension of mechanisms underlying most beneficial psychedelic experiences may guide therapeutic interventions across numerous mental conditions in the form of psychedelic-assisted applications.