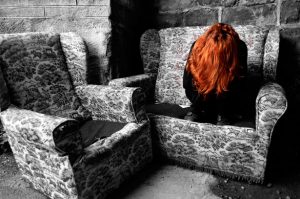 Mindfulness Training Improves Major Depression after One but Not Two Years

“Depression is not only the most common mental illness, it’s also one of the most tenacious. Up to 80 percent of people who experience a major depressive episode may relapse. Drugs may lose their effectiveness over time, if they work at all. But a growing body of research is pointing to an intervention that appears to help prevent relapse by altering thought patterns without side effects: mindfulness-based cognitive therapy, or MBCT.” – Stacy Lu

Being depressed and not responding to treatment or relapsing is a terribly difficult situation. The patients are suffering and nothing appears to work to relieve their intense depression. Suicide becomes a real possibility. So, it is imperative that other treatments be identified that can relieve the suffering. Mindfulness training is an alternative treatment for depression. It has been shown to be an effective treatment for depression and its recurrence and even in the cases where drugs fail. Mindfulness-Based Cognitive Therapy (MBCT) was specifically developed to treat depression. MBCT involves mindfulness training, containing sitting, walking and body scan meditations, and cognitive therapy that attempts to teach patients to distinguish between thoughts, emotions, physical sensations, and behaviors, and to recognize irrational thinking styles and how they affect behavior. MBCT has been found to be effective in treating depression. Most studies, however, only follow the patients for 6 months to a year following therapy. Hence, there is a need to examine the effectiveness of MBCT for the prevention of major depressive disorder relapse over longer post-intervention periods.

In today’s Research News article “Relapse/Recurrence Prevention in Major Depressive Disorder: 26-Month Follow-Up of Mindfulness-Based Cognitive Therapy Versus an Active Control.” (See summary below or view the full text of the study at: https://www.ncbi.nlm.nih.gov/pmc/articles/PMC6112178/), Shallcross and colleagues recruited adults who had experienced at least 3 previous bouts of depression and randomly assigned them to receive either an 8-week group program of Mindfulness-Based Cognitive Therapy (MBCT) or an health education active control condition. They were measured for relapse reoccurrence, practice amounts, depression, life satisfaction, and antidepressant medication use at 6, 12, and 26 months after the intervention.

Importantly, at the end of the 26 months both groups were still below baseline in both depressive symptoms and well above baseline in life satisfaction. So, both interventions appeared to significantly improve the depression. This suggests that at 2-years after the intervention it wasn’t the content but the fact of intervention that was significant. This further suggests that powerful placebo effects, demand characteristics, experimenter bias effects, etc. may be responsible for the long-term improvements. Hence it would appear that the effectiveness of Mindfulness-Based Cognitive Therapy (MBCT) for depression is limited to a 1-year postintervention period. This further suggests that refresher sessions may be needed to maintain effectiveness.

So, mindfulness training improves major depression after one but not two years.

We conducted a 26-month follow-up of a previously reported 12-month study that compared mindfulness-based cognitive therapy (MBCT) to a rigorous active control condition (ACC) for depressive relapse/recurrence prevention and improvements in depressive symptoms and life satisfaction. Participants in remission from major depression were randomized to an 8-week MBCT group (n=46) or ACC (n=46). Outcomes were assessed at baseline, post-intervention, and 6, 12, and 26 months. Intention-to-treat analyses indicated no differences between groups for any outcome over the 26 month follow-up. Time to relapse results (MBCT vs. ACC) indicated a hazard ratio (HR) = .82, 95% CI [.34, 1.99]. Relapse rates were 47.8% for MBCT and 50.0% for ACC. Piecewise analyses indicated that steeper declines in depressive symptoms in the MBCT vs. the ACC group from post-intervention to 12 months were not maintained after 12 months. Both groups experienced a marginally significant rebound of depressive symptoms after 12 months but were still improved at 26 months compared to baseline (b=-4.12, p<=.008). Results for life satisfaction were similar. In sum, over a 26-month follow-up, MBCT was no more effective for preventing depression relapse/recurrence, reducing depressive symptoms, or improving life satisfaction than a rigorous ACC. Based on epidemiological data and evidence from prior depression prevention trials, we discuss the possibility that both MBCT and ACC confer equal therapeutic benefit. Future studies that include treatment as usual (TAU) control conditions are needed to confirm this possibility and to rule out the potential role of time-related effects. Overall findings underscore the importance of comparing MBCT to TAU as well as to ACCs.