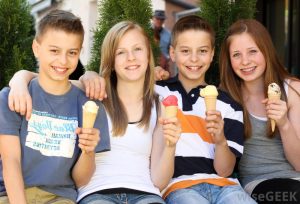 Mindfulness and Its Relationships to Attention Deficit Traits are Inherited

There are large differences between people in both their physical and psychological characteristics, including their levels of mindfulness, activity levels, anxiety, depression, and tendencies for Attention Deficit Hyperactivity Disorder (ADHD). Some of the differences are the result of environmental influences. But many people still differ considerably even though they have lived in similar environments and had similar experiences. In addition, many of these characteristics seem to be present right at birth. These facts support the notion that both the genes and the environment determine human characteristics.

In today’s Research News article “Genetic and environmental aetiologies of associations between dispositional mindfulness and ADHD traits: a population-based twin study.” (See summary below or view the full text of the study at: https://www.ncbi.nlm.nih.gov/pmc/articles/PMC6751144/), Siebelink and colleagues analyzed data from the UK Twins Early Development Study on dispositional mindfulness, Attention Deficit Hyperactivity Disorder (ADHD) traits of inattention and hyperactivity/impulsivity, and life satisfaction. The genetic and environmental contributions to these variables and their interactions was assessed with twin method computations of the data obtained when the twins were 16 years of age.

These results suggest that the inheritance plays a significant role in determining the mindfulness and the Attention Deficit Hyperactivity Disorder (ADHD) traits of inattention and hyperactivity/impulsivity and the familial (shared) environment a lesser role. In other words, genes and not how the twins were brought up primarily affected their mindfulness and ADHD traits. Interestingly, the small relationships between mindfulness and the ADHD traits were also to a small degree due to inheritance. So, not only the traits but also their relationship was affected by inheritance.

The genes appear to have ubiquitous influences on the individual’s nature including how mindful the individual is and whether the individual has tendencies toward Attention Deficit Hyperactivity Disorder (ADHD) and even the degree to which mindfulness is associated with lower levels of ADHD traits. This suggests that mindfulness training may have different degrees of benefit for ADHD symptoms depending upon the inheritance of the individual.

So, mindfulness and its relationships to attention deficit traits are inherited.

“genetic correlations between the lack of dispositional mindfulness and ADHD trait measures were modest and environmental correlations non-significant.” – Nienke Siebelink

To get additional insight into the phenotype of attentional problems, we examined to what extent genetic and environmental factors explain covariation between lack of dispositional mindfulness and attention-deficit/hyperactivity disorder (ADHD) traits in youth, and explored the incremental validity of these constructs in predicting life satisfaction. We used data from a UK population-representative sample of adolescent twins (N = 1092 pairs) on lack of dispositional mindfulness [Mindful Attention Awareness Scale (MAAS)], ADHD traits [Conners’ Parent Rating Scale-Revised (CPRS-R): inattentive (INATT) and hyperactivity/impulsivity (HYP/IMP) symptom dimensions] and life satisfaction (Students’ Life Satisfaction Scale). Twin model fitting analyses were conducted. Phenotypic correlations (rp) between MAAS and CPRS-R (INATT: rp = 0.18, HYP/IMP: rp = 0.13) were small, but significant and largely explained by shared genes for INATT (% rp INATT–MAAS due to genes: 93%, genetic correlation rA = 0.37) and HYP/IMP (% rp HYP/IMP–MAAS due to genes: 81%; genetic correlation rA = 0.21) with no significant contribution of environmental factors. MAAS, INATT and HYP/IMP significantly and independently predicted life satisfaction. Lack of dispositional mindfulness, assessed as self-reported perceived lapses of attention (MAAS), taps into an aspect of attentional functioning that is phenotypically and genetically distinct from parent-rated ADHD traits. The clinically relevant incremental validity of both scales implicates that MAAS could be used to explore the underlying mechanisms of an aspect of attentional functioning that uniquely affects life satisfaction and is not captured by DSM-based ADHD scales. Further future research could identify if lack of dispositional mindfulness and high ADHD traits can be targeted by different therapeutic approaches resulting in different effects on life satisfaction.