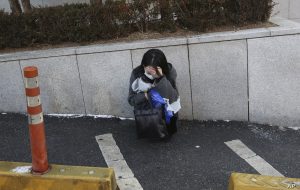 Spirituality is Associated with Lower Suicidality in Adolescents

“suicide is never the right answer. The more we can nurture a sense of connectedness and purpose in our lives (of “spirituality”), the less likely people will be tempted to “end it all.” – Eben Alexander

After cancer and heart disease, suicide accounts for more years of life lost than any other cause. Around 43,000 people take their own lives each year in the US. Someone dies from suicide every 12.3 minutes. It is estimated that worldwide about a million people die by suicide every year. It is much more prevalent with males who account for 79% of suicides. The problem is far worse than these statistics suggest as it has been estimated that for every completed suicide there were 12 unsuccessful attempts. In other words, about a half a million people in the U.S. attempt suicide each year. Yet compared with other life-threatening conditions there has been scant research on how to identify potential suicide attempters, intervene, and reduce suicidality.

Depression and other mood disorders are the number-one risk factor for suicide. More than 90% of people who kill themselves have a mental disorder, whether depression, bipolar disorder or some other diagnosis. So, the best way to prevent suicide may be to treat the underlying cause. For many this means treating depression. Spirituality may help to provide meaning and prevent suicide. But there is scant research on the relationship of spirituality and religiosity and suicide.

In today’s Research News article “The role of social support and spiritual wellbeing in predicting suicidal ideation among marginalized adolescents in Malaysia.” (See summary below or view the full text of the study at: https://www.ncbi.nlm.nih.gov/pmc/articles/PMC6565529/), Ibrahim and colleagues recruited adolescents from low income families and measured them for suicide ideation, social support, and spiritual well-being.

They found that the higher the levels of social support, and spiritual well-being the lower the levels of suicide ideation. It should be recognized that this study was correlational and as such no conclusions regarding causation can be reached. The results suggest clear negative relationships between spirituality and social support and suicide ideation in adolescents from low income families. Being spiritual and having social support are related to having few, if any, thoughts regarding suicide. It remains for future research to establish whether improving spirituality and/or social support would result in fewer thoughts about suicide.

So, spirituality is associated with lower suicidality in adolescents.

Spiritual wellbeing in combination with family support plays a major role in predicting suicidal ideation. Therefore, intervention for encompassing spirituality and family support may contribute to a more positive outcome in suicidal adolescents.