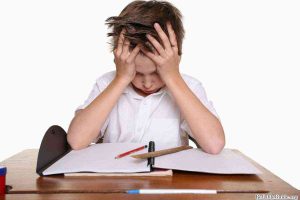 “Mindfulness meditation for people with ADHD? It may seem like a stretch, since difficulty with mindfulness is the very challenge for those with attention deficit hyperactivity disorder. And yet recent research shows that mindfulness training can be adapted for this condition and that it can improve concentration.” – Lynda McCollough

Attention Deficit Hyperactivity Disorder (ADHD) is most commonly found in children, but for about half it persists into adulthood. It’s estimated that about 5% of the adult population has ADHD. Hence, this is a very large problem that can produce inattention, impulsivity, hyperactivity, and emotional issues, and reduce quality of life. The most common treatment is drugs, like methylphenidate, Ritalin, which helps reducing symptoms in about 30% of the people with ADHD. Unfortunately, the effectiveness of the drugs appears to be markedly reduced after the first year. In addition, the drugs often have troublesome side effects, can be addictive, and can readily be abused. So, drugs, at present, do not appear to be a good solution, only affecting some, only for a short time, and with unwanted side effects.

There are indications that mindfulness training may be an effective treatment for ADHD. It makes sense that it should be, as the skills and abilities strengthened by mindfulness training are identical to those that are defective in ADHD,  attention, impulse control, executive function, emotion control, and mood improvement. In addition, unlike drugs, it is a relatively safe intervention that has minimal troublesome side effects. Since mindfulness is so promising as a treatment, it is important to step back and summarize what has been learned in the scientific research of the effectiveness of mindfulness training for ADHD.

In today’s Research News article “A meta-analytic investigation of the impact of mindfulness-based interventions on ADHD symptoms.” (See summary below or view the full text of the study at: https://www.ncbi.nlm.nih.gov/pmc/articles/PMC6571280/), Xue and colleagues review, summarize, and perform a meta-analysis of the published research studies of the effectiveness of mindfulness training for the symptoms of Attention Deficit Hyperactivity Disorder (ADHD). They included 11 controlled published research studies.

These results are exciting and important as they suggest that mindfulness training is safe and effective for treating Attention Deficit Hyperactivity Disorder (ADHD) symptoms in both children and adults. It has been well established that mindfulness training improves attention and relaxation and reduces impulsivity in a variety of non-ADHD populations. This meta-analysis suggests that these same improvements occur in patients with ADHD. Training in paying attention non-judgmentally to the present moment appears to calm and improve the ability of ADHD patients to focus just as it does with people without ADHD.

Mindfulness-based interventions (MBIs) have been reported to be efficacious in treating attention deficit hyperactivity disorder (ADHD). However, the value of the control effect of MBIs on ADHD core symptoms remains controversial. To clarify the literature on the control effect of MBIs on the symptoms of ADHD and guide future researches, an effect-size analysis was conducted.

A systematic search in PubMed, Embase, Web of Science, Medline, Cochrane Library, China National Knowledge Infrastructure, and Wangfang Data databases was performed up to January 11, 2019. The overall effect size of MBIs on ADHD core symptoms (ie, inattention and hyperactivity/impulsivity) was recorded by the metric of Hedges’ g with 95% confidence interval, Z-value, and P-value.

Eleven eligible studies featuring 682 participants were included in the meta-analysis. The overall results indicated that MBIs had large effects on inattention (Hedges’ g = −0.825) and hyperactivity/impulsivity (Hedges’ g = −0.676) relative to the control group. Results from subgroup analyses between self- and observer rating on ADHD symptoms revealed that the effect of MBIs both remained in a large range and self-rated ADHD core symptom had a greater impact on heterogeneity across the studies. Meta-regression found that the overall effect might be moderated by participant age group and control condition.

The present meta-analysis suggested that MBIs had large effects in reducing ADHD core symptoms in comparison with the control group. Future researches are needed to assess follow-up effects of MBIs on ADHD core symptoms and explore the correlation between the individual level of mindfulness and reduction of ADHD symptoms.