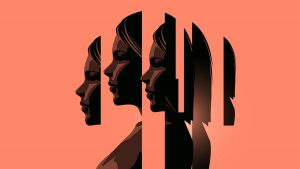 “No causal link has been established, but higher levels of spirituality have been linked to increased compassion, strengthened relationships, and improved self-esteem.” – Psychology Today

In total, the findings suggest that spirituality is associated with some strengths in the personality but also with cognitive distortions. It is possible that adherence to particular religions (religiosity) may be the reason for the opposing findings. Indeed, this idea is supported by the fact that belief in God was associated with the cognitive distortions. Unfortunately, the present study did not measure religiosity. Hopefully, future research will include measurement of religiosity.

So, spirituality is associated with better psychological well-being but also cognitive distortions.

“There’s a lot of research linking health and more contentment with life, and having a regular spiritual practice. I personally can’t imagine getting through each day without connecting with my spiritual self, especially when life feels overwhelming or when I’m feeling a bit lost.” – Cara Howell