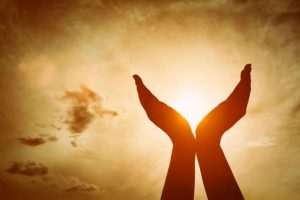 Spirituality is Associated with Enhanced Well-Being

“despite differences in specific rituals and beliefs among the world’s major religions, that being spiritual tended to improve someone’s health, regardless of his or her actual religion.” – Christopher Bergland

Religion and spirituality have been promulgated as solutions to the challenges of life both in a transcendent sense and in a practical sense. What evidence is there that these claims are in fact true? The transcendent claims are untestable with the scientific method. But the practical claims are amenable to scientific analysis. There have been a number of studies of the influence of religiosity and spirituality on the physical and psychological well-being of practitioners mostly showing positive benefits, with spirituality encouraging personal growth and mental health.

In today’s Research News article “The Role of Spirituality and Religiosity in Subjective Well-Being of Individuals With Different Religious Status.” (See summary below or view the full text of the study at: https://www.ncbi.nlm.nih.gov/pmc/articles/PMC6630357/), Villani and colleagues recruited adults online and had them complete an online questionnaire. They were measured for life satisfaction, positive and negative emotions, spirituality, including purpose, innerness, interconnection, and transcendence, and religiosity, including commitment, in-depth exploration, and reconsideration of commitment. Path analysis was used to investigate the interrelationships of these variables.

“Spirituality/Religion and its role in promoting physical and behavioral health has been embraced in many public health settings as an important tool to promote wellness.” – SAMHSA