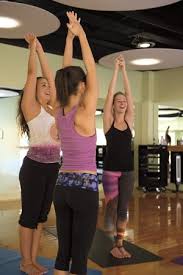 “Yoga is like music. The rhythm of the body, the melody of the mind, and the harmony of the soul creates the symphony of life.” B.K.S. Iyengar

In today’s Research News article “.” (See summary below or view the full text of the study at: https://www.ncbi.nlm.nih.gov/pmc/articles/PMC6521753/), Vhavle and colleagues recruited adolescents and randomly assigned them to participate in school in 1-hour daily practice for 2 months of either yoga or physical exercise. They were measured before and after training for executive function, cognition, attention, visual scanning, and memory with a numerical and an alphabetical trail making test.

The numerical trail making test emphasizes visual scanning and cognitive function. The scores were very fast and so all of the students were very adept at this test. Hence, there may have been a ceiling effects making it impossible to detect further improvements. On the other hand, the alphabetical trail making test measures executive function, attention, and working memory and yoga practice produced significant improvement s in performance. These results then, suggests that school-based yoga practice may enhance adolescents’ thinking skills better than physical exercise. This suggests that the mindfulness component and not the exercise component of yoga practice is the most important aspect of the practice for the improvement of thinking ability in the youths.

So, improve thinking in adolescents with yoga practice.