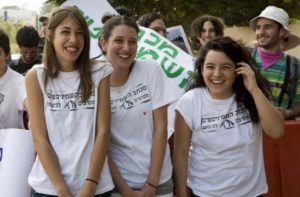 Spirituality is associated with Character Strength, Well-Being, and Prosociality in Adolescents

“Given that adolescents are at the crossroads of life and face many issues and challenges that are unique, uncertain and value-conflict, they need to critically reflect on practical interests and examine broad issues on religiously tethered and untethered spirituality in their lives.” – Charlene Tan

Spirituality is defined as “one’s personal affirmation of and relationship to a higher power or to the sacred.” Spirituality has been promulgated as a solution to the challenges of life both in a transcendent sense and in a practical sense. The transcendent claims are untestable with the scientific method. But the practical claims are amenable to scientific analysis. There have been a number of studies of the influence of spirituality on the physical and psychological well-being of practitioners mostly showing positive benefits, with spirituality encouraging personal growth and mental health.

Adolescence is a time of mental, physical, social, and emotional growth. It is during this time that higher levels of thinking, sometimes called executive function, develops. But adolescence can be a difficult time, fraught with challenges. During this time the child transitions to young adulthood; including the development of intellectual, psychological, physical, and social abilities and characteristics. There are so many changes occurring during this time that the child can feel overwhelmed and unable to cope with all that is required. Indeed, up to a quarter of adolescents suffer from depression or anxiety disorders, and an even larger proportion struggle with subclinical symptoms. It makes sense, then, to investigate the influence of spirituality on the ability of youths to navigate this difficult time and develop positive qualities and better mental health.

These results are correlational and as such caution must be exercised in reaching causal conclusions. But the study suggests that being spiritual is associated with positive characters in the adolescents and greater well-being and attentiveness to the needs of others (prosociality). This further suggests that being spiritual may help adolescents navigate the complex and difficult terrain of adolescence. It remains to be seen if promoting spirituality may produce improvements in adolescent character and well-being.

So, spirituality is associated with character strength, well-being, and prosociality in adolescents.

“Adolescent well-being has received extensive attention, with ample evidence of the positive role of religion and spirituality in youth development.” – Chris Boyatzis