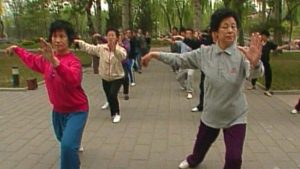 Human life is one of constant change. We revel in our increases in physical and mental capacities during development, but regret their decreases during aging. The aging process involves a systematic progressive decline in every system in the body. It is inevitable and cannot be avoided. This includes our mental abilities which decline with age including impairments in memory, attention, and problem-solving ability, and in emotion regulation. Depression is very common in the elderly. The elderly cope with increasing loss of friends and family, deteriorating health, as well as concerns regarding finances on fixed incomes. In addition, many elderly experience withdrawal and isolation from social interactions producing increased loneliness, worry and anxiety.

There is some hope for age related decline, however, as there is evidence that it can be slowed. There are some indications that physical and mental exercise can reduce the rate of decline. For example, contemplative practices such as meditation, yoga, and Tai Chi or qigong have all been shown to be beneficial in slowing or delaying physical and mental decline with aging and with improving depression. There is, however, been very little research on the mechanisms by which Tai Chi practice improves depression in the elderly.

In today’s Research News article “The Effects of Tai Chi on Heart Rate Variability in Older Chinese Individuals with Depression.” (See summary below or view the full text of the study at: https://www.ncbi.nlm.nih.gov/pmc/articles/PMC6313592/), Liu and colleagues recruited elderly (aged 60 and older) who were not taking antidepressant medications or drinking alcohol, but who scored as having mild depression on an elderly depression scale. They were randomly assigned to either receive Tai Chi training for 60 minutes, 3 times per week for 24 weeks, or to a no-treatment control condition. The elderly were measured before and after treatment for depression, and heart rate variability, a measure of autonomic nervous system activity.

So, improve depression by modulating the autonomic nervous system in the elderly with Tai Chi

“Tai chi has many physical and emotional benefits. Some of the benefits of tai chi include decreased anxiety and depression and improvements in cognition. It may also help you manage symptoms of some chronic diseases.” – Healthline

Background Very little research has been done to simultaneously investigate the effects of Tai Chi (TC) on depression and heart rate variability (HRV). This study, therefore, attempted to explore the effects of TC on depression and on HRV parameters. Methods Sixty older individuals with depression score of 10 or above (the Geriatric Depression Scale, GDS) were randomly assigned into two groups: TC (n = 30) and control group (n = 30). Participants in the experimental group participated in a 24-week TC training program (three 60-min sessions per week), whereas individuals in the control group maintained their unaltered lifestyle. Depression and HRV were measured using the GDS and digital electrocardiogram at baseline and after the 24-week intervention. Results The TC had produced significant positive chances in depression and some HRV parameters (mean heart rate, RMSSD, HF, LFnorm, and HFnorm) (p < 0.05), whereas these positive results were not observed in the control group. Conclusions The results of this study indicated that TC may alleviate depression of the elderly through modulating autonomous nervous system or HRV parameters. This study adds to a growing body of research showing that TC may be effective in treating depression of the elderly. Tai Chi as a mild to moderate mind-body exercise is suitable for older individuals who suffer from depression.