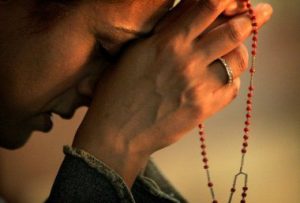 “There are two possible explanations. One is that a thicker cortex is more associated with being interested in spiritual questions, the connectedness of people, etc and is simultaneously protective against depression. The other is that a lifelong habit of meditating and/or contemplation of spirituality stimulates the metabolism and neurogeneration in areas of the brain that confer resilience to trauma and therefore reduce the risk of developing depression.” – Emily Deans

Spirituality is defined as “one’s personal affirmation of and relationship to a higher power or to the sacred. Spirituality has been promulgated as a solution to the challenges of life both in a transcendent sense and in a practical sense. The transcendent claims are untestable with the scientific method. But the practical claims are amenable to scientific analysis. There have been a number of studies of the influence of spirituality on the physical and psychological well-being of practitioners mostly showing positive benefits, with spirituality encouraging personal growth and mental health.

One way that spirituality can have its effects on the individual is by altering the brain. The nervous system is a dynamic entity, constantly changing and adapting to the environment. It will change size, activity, and connectivity in response to experience. These changes in the brain are called neuroplasticity.  Over the last decade neuroscience has been studying the effects of contemplative practices on the brain and has identified neuroplastic changes in widespread area. and have found that meditation practice appears to mold and change the brain, producing psychological, physical, and spiritual benefits. So, religion and spirituality may be associated with changes in the nervous system.

In today’s Research News article “A diffusion tensor imaging study of brain microstructural changes related to religion and spirituality in families at high risk for depression.” (See summary below or view the full text of the study at: https://www.ncbi.nlm.nih.gov/pmc/articles/PMC6379589/), Li and colleagues recruited adult (average 33 years old) offspring of patients with major depressive disorder (high risk) and offspring from individuals who have no psychiatric conditions (low risk). Their brains were scanned with a Magnetic Resonance Imaging (MRI) diffusion tensor imaging (DTI). They also completed a scale measuring the importance they ascribed to religion and spirituality.

Previously in a three‐generation study of families at high risk for depression, we found that belief in the importance of religion/spirituality (R/S) was associated with thicker cortex in bilateral parietal and occipital regions. In the same sample using functional magnetic resonance imaging and electroencephalograph (EEG), we found that offspring at high familial risk had thinner cortices, increased default mode network connectivity, and reduced EEG power. These group differences were significantly diminished in offspring at high risk who reported high importance of R/S beliefs, suggesting a protective effect.