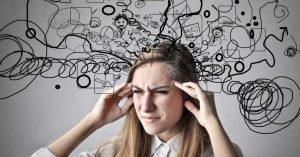 “Mindful awareness isn’t about staying with the breath, but about returning to the breath. That’s what enhances your ability to focus. And this emphasis on re-shifting your attention, of outwitting the mind’s natural tendency to wander, is what makes this technique especially helpful to someone who has ADHD.” – Carl Sherman

Attention Deficit Hyperactivity Disorder (ADHD) is most commonly found in children, but for about half it persists into adulthood. It’s estimated that about 5% of the adult population has ADHD. Hence, this is a very large problem that can produce inattention, impulsivity, hyperactivity, and emotional issues, and reduce quality of life. The most common treatment is drugs, like methylphenidate, Ritalin, which helps reducing symptoms in about 30% of the people with ADHD. Unfortunately, the effectiveness of the drugs appears to be markedly reduced after the first year. In addition, the drugs often have troublesome side effects, can be addictive, and can readily be abused. So, drugs, at present, do not appear to be a good solution, only affecting some, only for a short time, and with unwanted side effects.

In today’s Research News article “Behavioral and Cognitive Impacts of Mindfulness-Based Interventions on Adults with Attention-Deficit Hyperactivity Disorder: A Systematic Review.” (See summary below or view the full text of the study at: https://www.ncbi.nlm.nih.gov/pmc/articles/PMC6476147/), Poissant and colleagues review and summarize the published research studies on the effectiveness of Mindfulness based interventions on the symptoms of ADHD in adults.

They also report that the quality of the research designs used were fairly weak and hence caution must be exercised in reaching definitive conclusions. Better controlled research studies are needed. Nevertheless the published research studies consistently found that mindfulness-based interventions produced improvements in the symptoms of adults with Attention Deficit Hyperactivity Disorder (ADHD).

“mindfulness practice can help us pay attention better, resist distractions, be less impulsive, remember what we are doing in the moment, and regulate our own emotions, it is helpful whether we have ADHD or not. But it holds special interest for those with ADHD.” – Mindfully ADD

Mindfulness-based interventions (MBIs) are becoming increasingly popular as treatments for physical and psychological problems. Recently, several studies have suggested that MBIs may also be effective in reducing symptoms of attention-deficit hyperactivity disorder (ADHD). Most studies have examined the effectiveness in children, but there are now a sufficient number of individual treatment trials to consider a systematic review in adults. Majority of existing systematic reviews and meta-analyses only consider ADHD symptoms as an outcome, and most of them do not fully report potential biases of included studies, thus limiting considerably their conclusions. This is an important facet because some studies could be found ineligible to be included in future analysis due to their low quality. In this systematic review, we followed the PRISMA/PICO criteria and we thoroughly assessed the risks of bias for each of the selected studies according to Cochrane guidelines. We searched the available literature concerning MBIs in adult participants with ADHD using PsycINFO, PubMed, Scopus, and ERIC databases. In total, 13 studies conducted with 753 adults (mean age of 35.1 years) were identified as eligible. Potential moderators such as participants’ age, ADHD subtypes, medication status, comorbidity, intervention length, mindfulness techniques, homework amount, and training of therapists were carefully described. Aside from measuring the symptoms of ADHD, outcome measures were categorized into executive/cognitive functioning, emotional disturbances, quality of life, mindfulness, and grade point average at school. According to presented descriptive results, all the studies (100%) showed improvement of ADHD symptoms. In addition, mindfulness meditation training improves some aspects of executive function and emotion dysregulation. Although these are promising findings to support treatment efficacy of MBIs for ADHD, various biases such as absence of randomization and lack of a control group may affect the actual clinical value and implications of the studies. Moreover, the relatively low quality of selection and performance criteria in several studies, as well as relatively high attrition bias across studies, call for caution before considering conducting further analysis.