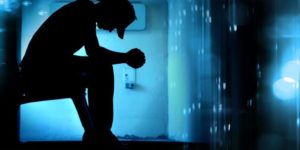 Clearly, there is a need for treatment alternatives that can be effective alone or in combination with drugs. Cognitive Behavioral Therapy (CBT) has been particularly effective for depression. Cognitive Behavioral Therapy attempts to teach patients to distinguish between thoughts, emotions, physical sensations, and behaviors, and to recognize irrational thinking styles and how they affect behavior. Recently, mindfulness has been added to produce Mindfulness Based Cognitive Therapy (MBCT) and this also has been found to be effective in treating depression. It is important at this point to step back and review the published studies of the application of CBT and MBCT for the prevention of relapse in patients who are in remission from major depressive disorder.

In today’s Research News article “The effect of CBT and its modifications for relapse prevention in major depressive disorder: a systematic review and meta-analysis.” (See summary below or view the full text of the study at: https://www.ncbi.nlm.nih.gov/pmc/articles/PMC6389220/), Zhang and colleagues review, summarize, and perform a meta-analysis of the relative effectiveness of Cognitive Behavioral Therapy (CBT) and Mindfulness Based Cognitive Therapy (MBCT) for the prevention of relapse in patients who are in remission from major depressive disorder. They found 16 randomized controlled trials with adults who were in remission from diagnosed major depressive disorder.

The published literature presents a clear case for the effectiveness of both Cognitive Behavioral Therapy (CBT) and Mindfulness Based Cognitive Therapy (MBCT) for the prevention of relapse of major depressive disorder. CBT would appear to be effective even for patients who had only one or two prior episodes while MBCT appeared to be effective for patients with a longer history of relapse. Since MBCT contains CBT it is surprising that while CBT was effective for patients with few relapses MBCT was not. This will require further research to clarify this apparent conundrum.

Regardless, it is clear from the published controlled research that CBT and MBCT have long-lasting effectiveness for preventing relapse in patients with major depressive disorder and are equivalent to the effectiveness of antidepressant drugs. They may be an excellent substitute for employing drugs. The results suggest that restructuring the aberrant thought processes characteristic of patients with depression is an effective way to prevent relapse. This further suggests that these aberrant thought processes may be an important contributor to causing depression relapse.

So, improve major depressive disorder with mindfulness and cognitive therapy.

“mindfulness training seems to be a feasible way for people with mild or subthreshold depression to protect against their symptoms getting worse. . . . Mindfulness training can “generate positive emotions by cultivating self-compassion and self-confidence through an upward spiral process,” – Amanda MacMillan

The risk of relapse in major depressive disorder (MDD) is associated with high worldwide disease burden. Cognitive behavioral therapy (CBT) and its modifications might be effective in relapse prevention. The aim of this review was to evaluate the efficacy of these treatments for reducing relapse of MDD.

The retrieval was performed in the databases of MEDLINE via Pubmed, EMBASE and PsycINFO via OVID, The Cochrane Library and four Chinese databases. Clinical trials registry platforms and references of relevant articles were retrieved as well. Hazard ratio (HR) and corresponding 95% confidence interval (CI) were used to pool evidences.

The use of CBT for MDD patients in remission might reduce risk of relapse. Besides, the effect of MBCT was moderated by number of prior episodes and MBCT might only be effective for MDD patients with 3 or more previous episodes. Further exploration for the influence of previous psychological intervention is required.