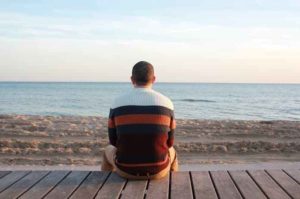 “By focusing on the here and now, many people who practice mindfulness find that they are less likely to get caught up in worries about the future or regrets over the past, are less preoccupied with concerns about success and self-esteem, and are better able to form deep connections with others. If greater well-being isn’t enough of an incentive, scientists have discovered that mindfulness techniques help improve physical health in a number of ways. Mindfulness can: help relieve stress, treat heart disease, lower blood pressure, reduce chronic pain, , improve sleep, and alleviate gastrointestinal difficulties.” – Harvard Health

Mindfulness training has been shown to be effective in improving physical and psychological health and particularly with the physical and psychological reactions to stress. Techniques such as Mindfulness Training, Mindfulness-Based Stress Reduction (MBSR) and Mindfulness-Based Cognitive Therapy (MBCT) as well as Yoga practice and Tai Chi or Qigong practice have been demonstrated to be effective. This has led to an increasing adoption of these mindfulness techniques for the health and well-being of both healthy and ill individuals.

This research suggests that engaging in mindfulness practices can make you a better human being, with greater mental and physical well-being. In today’s Research News article “Mindfulness Training: Can It Create Superheroes?” (See summary below or view the full text of the study at: https://www.frontiersin.org/articles/10.3389/fpsyg.2019.00613/full?utm_source=F-AAE&utm_medium=EMLF&utm_campaign=MRK_951898_69_Psycho_20190404_arts_A), Jones and colleagues review and summarize the published research on the effects of mindfulness training on psychological and physical well-being.

This review suggests that people who engage in mindfulness training become superior in mental and physical health to non-practitioners and have superior cognitive abilities particularly in regard to attention and higher-level thinking. This doesn’t exactly make them “superheroes” but rather better versions of themselves.

So, heighten mental and physical well-being with mindfulness training.

“Ultimately, engaging in mindfulness meditation cultivates our ability to both focus and broaden our attention, which is a practical way to elicit psychological well-being.” – Jennifer Wolkin

With the emergence of the science of heroism there now exists both theoretical and empirical literature on the characteristics of our everyday hero. We seek to expand this inquiry and ask what could be the causes and conditions of a superhero. To address this we investigate the origins of mindfulness, Buddhist psychology and the assertion that its practitioners who have attained expertise in mindfulness practices can develop supernormal capabilities. Examining first their foundational eight “jhana” states (levels of attention) and the six consequent “abhinnas” (siddhis or special abilities) that arise from such mental mastery, we then explore any evidence that mindfulness practices have unfolded the supernormal potential of its practitioners. We found a growing base of empirical literature suggesting some practitioners exhibit indicators of enhanced functioning including elevated physical health and resistance to disease, increased immunity to aging and improved cognitive processing, greater resilience and fearlessness, more self-less and pro-social behaviors, some control over normally autonomic responses, and possibly some paranormal functionality. These improvements in normal human functioning provide some evidence that there are practices that develop these abilities, and as such we might want to consider adopting them to develop this capability. There are however insufficient studies of expert meditators and more research of adepts is called for that explores the relationship between levels of attentional skill and increases in functionality. We propose in search of the superhero, that if conventional mindfulness training can already augment mental and physical capabilities, a more serious inquiry and translation of its advanced methods into mainstream psychological theory is warranted.