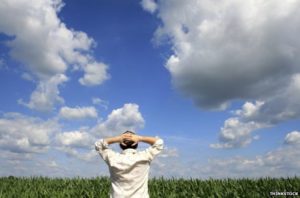 “The practice of mindfulness teaches us a different way to relate to our thoughts, feelings, and emotions as they arise. It is about learning to approach and acknowledge whatever is happening in the present moment, setting aside our lenses of judgment and just being with whatever is there, rather than avoiding it or needing to fix it.” – Elisha Goldstein

Mindfulness training has been shown through extensive research to be effective in improving the physical and psychological condition of otherwise healthy people and also treating the physical and psychological issues of people with illnesses. This has led to an increasing adoption of mindfulness techniques for the health and well-being of both healthy and ill individuals.

Worry (concern about the future) and rumination (repetitive thinking about the past) are associated with mental illness, particularly anxiety and depression. Fortunately, worry and rumination may be interrupted by mindfulness and emotion regulation improved by mindfulness. These may be some of the mechanisms by which mindfulness training improves anxiety and depression. In today’s Research News article “Mindfulness and Symptoms of Depression and Anxiety in the General Population: The Mediating Roles of Worry, Rumination, Reappraisal and Suppression.” (See summary below or view the full text of the study at: https://www.frontiersin.org/articles/10.3389/fpsyg.2019.00506/full?utm_source=F-AAE&utm_medium=EMLF&utm_campaign=MRK_934868_69_Psycho_20190314_arts_A ), Parmentier and colleagues examine the ability of mindfulness to improve emotion regulation and reduce worry and rumination and thereby improve anxiety and depression.

These results support the conclusion that mindfulness directly decreases anxiety and depression. But mindfulness also acts indirectly by affecting has a number of psychological processes including improving emotion regulation and by decreasing the counterproductive cognitive processes of worry and rumination.

So, reduce worry and rumination and improve emotion regulation lowering anxiety and depression with mindfulness.

“With mindfulness practice, we can learn how to unhook from rumination and cut ourselves (and others) the slack requisite for increasing clarity and ease of being.” – Mitch Abblett

The present study examined the effects of mindfulness on depression and anxiety, both direct and indirect through the mediation of four mechanisms of emotional regulation: worry, rumination, reappraisal and suppression. Path analysis was applied to data collected from an international and non-clinical sample of 1151 adults, including both meditators and non-meditators, who completed an online questionnaire battery. Our results show that mindfulness are related to lower levels of depression and anxiety both directly and indirectly. Suppression, reappraisal, worry and rumination all acted as significant mediators of the relationship between mindfulness and depression. A similar picture emerged for the relationship between mindfulness and anxiety, with the difference that suppression was not a mediator. Our data also revealed that the estimated number of hours of mindfulness meditation practice did not affect depression or anxiety directly but did reduce these indirectly by increasing mindfulness. Worry and rumination proved to be the most potent mediating variables. Altogether, our results confirm that emotional regulation plays a significant mediating role between mindfulness and symptoms of depression and anxiety in the general population and suggest that meditation focusing on reducing worry and rumination may be especially useful in reducing the risk of developing clinical depression.