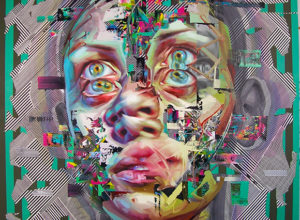 Social Mindfulness is Reduced in Patients with Psychosis

“There is increasing evidence that specially adapted mindfulness techniques can be used safely and effectively in the management and treatment of severe mental health problems, such as psychosis.” – Carly Samson

Psychoses are mental health problems that cause people to perceive or interpret things differently from those around them. This might involve hallucinations; seeing and, in some cases, feeling, smelling or tasting things that aren’t objectively there, or delusions; unshakable beliefs that, when examined rationally, are obviously untrue. The combination of hallucinations and delusional thinking can often severely disrupt perception, thinking, emotion, and behavior, making it difficult if not impossible to function in society without treatment. Psychoses appear to be highly heritable and involves changes in the brain. The symptoms of psychoses usually do not appear until late adolescence or early adulthood. There are, however, usually early signs of the onset of psychoses which present as cognitive impairments.

Mindfulness training has been shown to be beneficial for patients with psychosis. Individuals with psychosis almost always have difficulties with social functioning. It is reasonable then to investigate the social mindfulness of patients having their first psychotic episode. In today’s Research News article “). Social Mindfulness and Psychosis: Neural Response to Socially Mindful Behavior in First-Episode Psychosis and Patients at Clinical High-Risk.” (See summary below or view the full text of the study at: https://www.ncbi.nlm.nih.gov/pmc/articles/PMC6381043/ ), Lemmers-Jansen and colleagues recruited patients having their first psychotic episode aged 16 to 22 years, individuals at high clinical risk for developing psychosis, and healthy control participants..

They found that the patients with their first psychotic episode tended to make less socially mindful choices both before and after instruction than either the individuals at high clinical risk for developing psychosis, and healthy control participants. In addition, the patients with psychosis showed less activation of the caudate during mindful choices and less activation of the medial and dorsal prefrontal cortex and the cingulate cortex during unmindful choices that the other groups.

“Fears about meditation triggering psychosis were holding back progress in this area, despite growing evidence that a specially adapted form of mindfulness training could prove safe and very beneficial for these patients.” – Plastic Brain

Background: Psychosis is characterized by problems in social functioning and trust, the assumed glue to positive social relations. But what helps building trust? A prime candidate could be social mindfulness: the ability and willingness to see and consider another person’s needs and wishes during social decision making. We investigated whether first-episode psychosis patients (FEP) and patients at clinical high-risk (CHR) show reduced social mindfulness, and examined the underlying neural mechanisms.

Methods: Twenty FEP, 17 CHR and 46 healthy controls, aged 16–31, performed the social mindfulness task (SoMi) during fMRI scanning, spontaneously and after the instruction “to keep the other’s best interest in mind.” As first of two people, participants had to choose one out of four products, of which three were identical and one was unique, differing in a single aspect (e.g., color).

Discussion: FEP showed a trend toward more unmindful choices. A similar increase of mindful choices after instruction indicated the ability for social mindfulness when prompted. Results suggested reduced sensitivity to the rewarding aspects of social mindfulness in FEP, and reduced consideration for the other player. FEP (and CHR to a lesser extent) might perceive unmindful choices as less incongruent with the automatic mindful responses than controls. Reduced socially mindful behavior in FEP may hinder the building of trust and cooperative interactions.