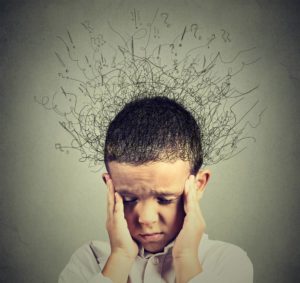 “mindfulness has emerged as a way of treating children and adolescents with conditions ranging from ADHD to anxiety, autism spectrum disorders, depression and stress. And the benefits are proving to be tremendous.” – Juliann Garey

Autism spectrum disorder (ASD) is a developmental disability that tends to appear during early childhood and affect the individual throughout their lifetime. It affects a person’s ability to communicate, and interact with others, delays learning of language, makes eye contact or holding a conversation difficult, impairs reasoning and planning, narrows and intensifies interests, produces poor motor skills and sensory sensitivities, and is frequently associated with sleep and gastrointestinal problems. ASD is a serious disorder that impairs the individual’s ability to lead independent lives including complete an education, enter into relationships or find and hold employment. It is also difficult and stressful for the caregivers.

The diagnosis of autism spectrum disorder (ASD) has been increasing markedly over the last couple of decades. It is currently estimated that over 1% of the world population has autism spectrum disorder (ASD). Its causes are unknown and there are no known cures. Treatment is generally directed at symptoms and can include behavioral therapies and drug treatments. Clearly, there is a need for effective alternative treatment options. A promising treatment is mindfulness training. It has been shown to be helpful in treating ASD.

A characterizing feature of ASD is dysfunction in the Autonomic Nervous System (ANS) which is composed of 2 divisions. The sympathetic division underlies activation while the parasympathetic division underlies relaxation. When these divisions are out of balance the individual may be overly stressed or overly sedentary. Appropriate balance is important for health and well-being. A measure of balance is provided by the variability of the heart rate. Moderated heart rate variability reflects balance in the autonomic nervous system. So, changes in heart rate variability may be a good measure of relief of ASD by Yoga practice.

In today’s Research News article “Effect of Yoga Intervention on Short-Term Heart Rate Variability in Children with Autism Spectrum Disorder.” (See summary below or view the full text of the study at: https://www.ncbi.nlm.nih.gov/pmc/articles/PMC6329223/ ), Vidyashree and colleagues recruited children aged 8 to 14 years who were diagnosed with Autism Spectrum Disorder. All the children participated in continuing physical rehabilitation training. They were randomly assigned to receive either an additional 40-minute daily yoga practice for 3 months or no additional treatment. Yoga practice consisted of postures and chanting. The children were measured for the variability of their heart rate over 15 minutes with an electrocardiagram (ECG) measurement.

They found that after the 3 months of yoga practice there was a significant reduction in the resting heart rate of the children. Importantly, they found that a number of measures of heart rate variability were significantly improved in the children who practiced yoga including low frequency to high frequency ratio signaling a modulation of autonomic nervous system (ANS) activity. This signals a reduction in sympathetic activation and an increase in parasympathetic relaxation.

So, improve physiological relaxation in children with Autism Spectrum Disorder with yoga.

“mindfulness practices may be a viable technique in not only improving behavioral and cognitive responses in those with ASD, but also the overall well-being of their caregivers.” – Krupa Patel

Autism spectrum disorder (ASD) is a neurodevelopmental disorder characterized by impairment in social interactions, communication, restricted, and repetitive behaviors. Evidence-based treatment options for ASD are limited. Yoga is practiced by over 20 million people worldwide, and multiple studies have investigated yoga as a possible effective intervention for children with ASD.

The aim of this study is to investigate the effect of yoga intervention on short-term heart rate variability (HRV) in children with ASD.

In this study, 50 children (38 boys and 12 girls) with ASD were recruited from Swabhimaan Trust, Palavakkam, Chennai. They were randomly grouped into ASD with yoga intervention group (n = 25) and ASD without yoga intervention group (n = 25) by simple lottery method. Yoga group children underwent yoga training for 3 months, and the control group did not receive any such training. For short-term HRV, 15 min electrocardiogram recording in sitting posture was recorded in lead II using a simple analog amplifier.

Yoga interventions have been successful in bringing parasympathetic dominance in ASD children, and the greater advantage is being a noninvasive way of intervention to support children with ASD and help them to achieve physiological as well as psychological balance.