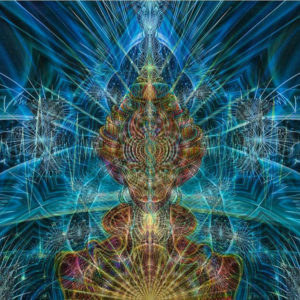 “Mystical experiences can be deeply transforming and powerful tools of spiritual evolution. Traditionally considered to be restricted to religious-based epiphanies and available only to a small few who were deserving enough to be addressed by their god or gods, in these times of mass awakening, they are but a wholesome, intentional psychedelic experience away.” – Xavier Francuski

Psychedelic substances such as peyote, mescaline, LSD, Bufotoxin, ayahuasca and psilocybin have been used almost since the beginning of recorded history to alter consciousness and produce spiritually meaningful experiences. Psychedelics produce effects that are similar to those that are reported in spiritual awakenings. They report a loss of the personal self, a decentering. They experience what they used to refer to as the self as just a part of an integrated whole. They report feeling interconnected with everything else in a sense of oneness with all things. They experience a feeling of timelessness where time seems to stop and everything is taking place in a single present moment. They experience ineffability, being unable to express in words what they are experiencing and as a result sometimes producing paradoxical statements. And they experience a positive mood, with renewed energy and enthusiasm.

In today’s Research News article “Intensity of Mystical Experiences Occasioned by 5-MeO-DMT and Comparison With a Prior Psilocybin Study.” (See summary below or view the full text of the study at: https://www.frontiersin.org/articles/10.3389/fpsyg.2018.02459/full?utm_source=F-AAE&utm_medium=EMLF&utm_campaign=MRK_847629_69_Psycho_20181211_arts_A ), Barsuglia and colleagues compare the investigate the ability of Bufotoxin (5-MeO-DMT) to produce spiritual experiences. They recruited participants in a psychospiritual retreat in Baha Mexico. The participants were administered 50 mg of vaporized bufotoxin, estimated to contain 5–7 mg of 5-MeO-DMT “The bufotoxin was obtained from wild toads in the Sonoran Desert, Mexico.” Four to six hours after the experience they were administered a questionnaire on mystical experiences.

They found that the 5-MeO-DMT produced mystical experience equivalent to those produced by high, but not moderate or low, doses of Psilocybin including unitive experiences, noetic quality, and sacredness, positive mood, transcendence of time/space, and ineffability. Hence, Bufotoxin containing 5-MeO-DMT appears to have the same psychospiritual benefits as Psilocybin but at lower doses. It also appears to have very low addictive qualities, suggesting that it may be an excellent agent when therapy with psychedelic substances is called for.

The use of psychedelic substances is extremely controversial and for the most part illegal. But the present findings suggest that at least under controlled circumstances, they may have positive effects on the individual and their spirituality. It is interesting that these substances produce experiences that are very similar to those reported in awakening (enlightenment) experiences. This raises the possibility that these experiences are triggered by changes produced in the brain’s chemistry induced by spiritual practices. Much more research is needed to examine this speculation.

“It is fairly common for people who were initially skeptical of religions and spirituality prior to working with psychedelics to report that psychedelic experiences have increased their openness toward spirituality, sometimes even leading them to a specific spiritual path or religion.” – David Wilder

5-MeO-DMT is a psychoactive substance found in high concentrations in the bufotoxin of the Colorado River Toad (Bufo alvarius). Emerging evidence suggests that vaporized 5-MeO-DMT may occasion mystical experiences of comparable intensity to those occasioned by more widely studied psychedelics such as psilocybin, but no empirical study has tested this hypothesis. Data was obtained from 20 individuals (Mage = 38.9, ± 10.7; male = 55%, Caucasian = 85%) who were administered 5-MeO-DMT as part of a psychospiritual retreat program in Mexico. All participants received 50 mg of inhaled vaporized toad bufotoxin which contains 5-MeO-DMT and completed the Mystical Experience Questionnaire (MEQ30) approximately 4–6 h after their session. Administration of 5-MeO-DMT occasioned strong mystical experiences (MEQ30 Overall Mintensity = 4.17, ± 0.64, range 0–5) and the majority (n = 15, 75%) had “a complete mystical experience” (≥60% on all MEQ30 subscales). Compared to a prior laboratory-based psilocybin study, there were no differences in the intensity of mystical effects between 5-MeO-DMT and a high dose (30 mg/70 kg) of psilocybin, but the intensity of mystical effects was significantly higher in the 5-MeO-DMT sample compared to moderate/high dose (20 mg/70 kg) of psilocybin (MEQ30 Total Score: p = 0.02, d = 0.81). Administration of vaporized 5-MeO-DMT reliably occasioned complete mystical experiences in 75% of individuals and was similar in intensity to high dose psilocybin administered in a laboratory setting. The short duration of action may be advantageous for clinical interventions and for studying mystical-type experiences.